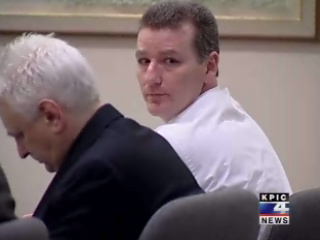 (CBS/KPIC/AP) ROSEBURG, Ore. - The prime suspect in the death of 14-year-old Oregon girl Stephanie Condon more than 10 years ago was acquitted Friday of aggravated murder charges in the case.

A Douglas County jury found Dale Wayne Hill not guilty of kidnapping and killing Stephanie, CBS affiliate KPIC reported. The police had called the southern Oregon man their prime suspect in her death.

Stephanie disappeared on Oct. 30, 1998, while she was babysitting her cousin's twin toddlers at a home in rural Douglas County, in the southwest part of the state. Hill, 41, was arrested in 2009 after the girl's remains were found on land near the home of Hill's parents in Glide.

Hill cried when he heard the verdict, and some jurors also shed tears. One juror looked sadly at Condon's parents in the court. Hill mouthed, "Thank you," to the jury.

According to KPIC, prosecutors suggested the motive for her murder was sexual assault, although no evidence of an assault was presented during testimony.

One of Hill's defense attorneys, Daniel Koenig, said a lack of physical evidence proved Hill was innocent, and he accused detectives of conspiring against Hill and ignoring other suspects.

Defense attorneys called dozens of forensic scientists from the FBI who testified no fiber or DNA evidence was found that linked Hill and Condon, despite at least 54 laboratory tests.

"It is a messy business, killing people," Koenig said. "We proved she was never in that truck."

But not everyone is happy that Hill was found not guilty.

"Knowing what I know, seeing what I've seen as a result of this investigation, and how it's unfolded over a period of 10 years or more, there's just no doubt in my mind that he's guilty," Douglas County Sheriff John Hanlin told KPIC.