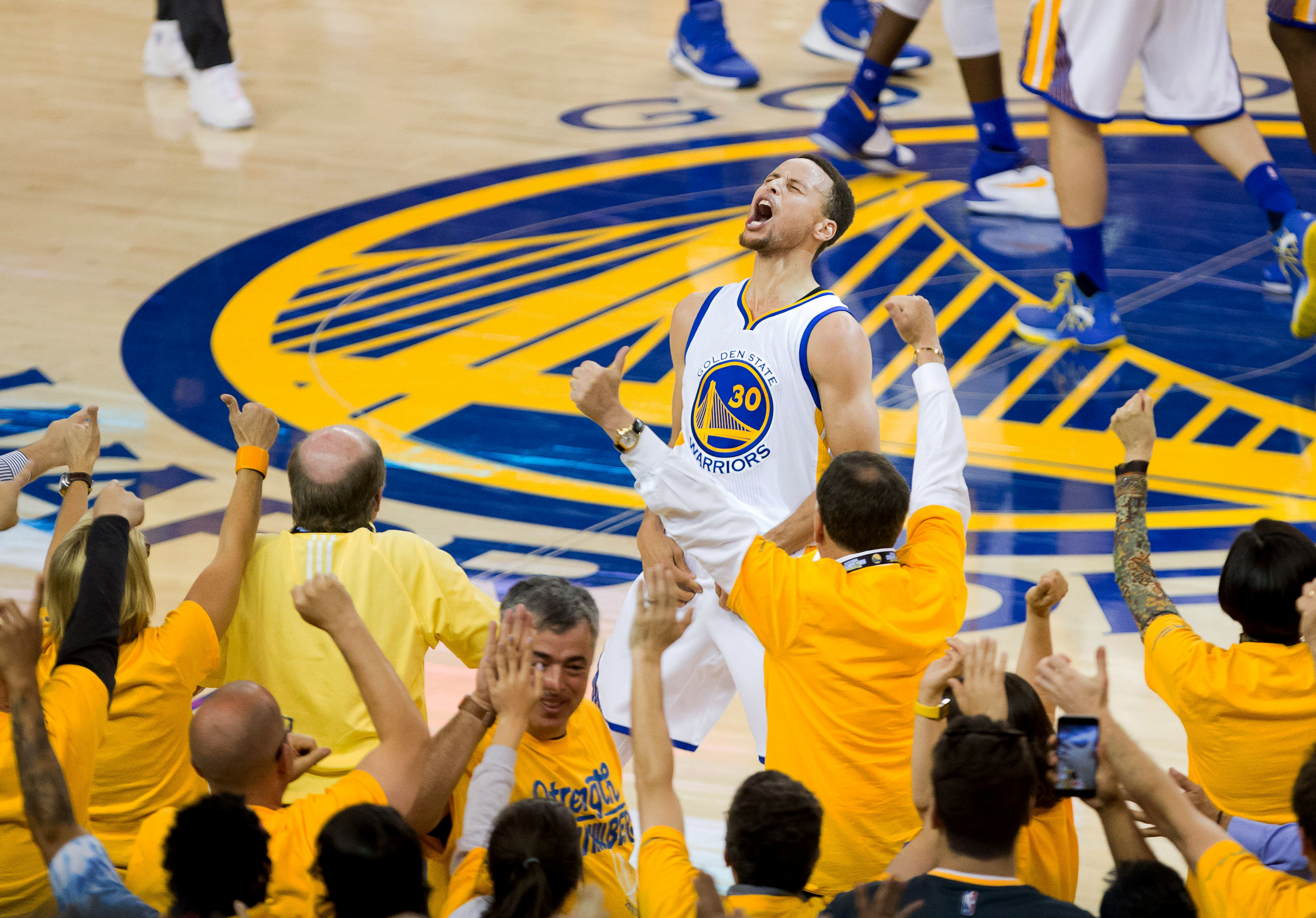 NEW YORK — When 9-year-old Riley Morrison could only find Stephen Curry's signature sneakers in boy's sizes, she was frustrated. She was so frustrated that she wrote to the Golden State Warriors' superstar, who responded with an apology and an invitation.

"We are correcting this now!" the two-time league MVP wrote in a letter back to the Golden State Warriors' fan, who lives in Napa, California.

Morrison was in search of a new pair of sneakers to kick off her basketball season, and was disappointed that her shoe of choice — Steph Curry's signature Curry 5s — weren't available in girl's sizes. Morrison told Curry she asked her father for a pair of the sneakers because she was a big fan of his and she enjoyed going to Warriors games with her dad. She also pointed out the shoes were available in boy's sizes and were customizable, too.

"I hope you can work with Under Armour to change this because girls want to rock the Curry 5's too," Morrison wrote.

In his note back, Curry mentioned the boys shoes Morrison saw on the Under Armour site were actually unisex, even though they could only be found in the young men's section of the website. To remedy the situation, the basketball star promised to send Morrison a pair of Curry 5s immediately and make sure she was one of the first to score a pair of his upcoming Curry 6s.

"I want to make sure you can wear my kicks proudly," Curry wrote.

As of Thursday afternoon, Under Armour's website added a girls section for its Curry footwear. For the Curry 6, which launches Christmas Day, the box will also reflect the co-gendered sizing as opposed to implying the shoes were only in boys' sizes, said Dean Stoyer, a spokesperson for the company.

"Thanks to Riley and Stephen, we're correcting a simple yet critical error," Stoyer wrote in an email to CBS News.

Morrison and Curry's budding friendship won't stop at sneakers, though. Curry also invited his young fan to join him at a special event planned March 8 for International Women's Day.

"More to come on that," he wrote. "But plan to be in Oakland that night!"

Curry has been outspoken about equal opportunities for women in the past. In an August opinion piece for the Players' Tribune, Curry wrote he hoped his two daughters — one of whom is coincidentally also named Riley — could "grow up knowing that there are no boundaries that can be placed on their futures, period."

Curry also hosted a girls basketball camp last summer, an event Morrison referenced in her letter. He has mentioned plans on making it an annual event.