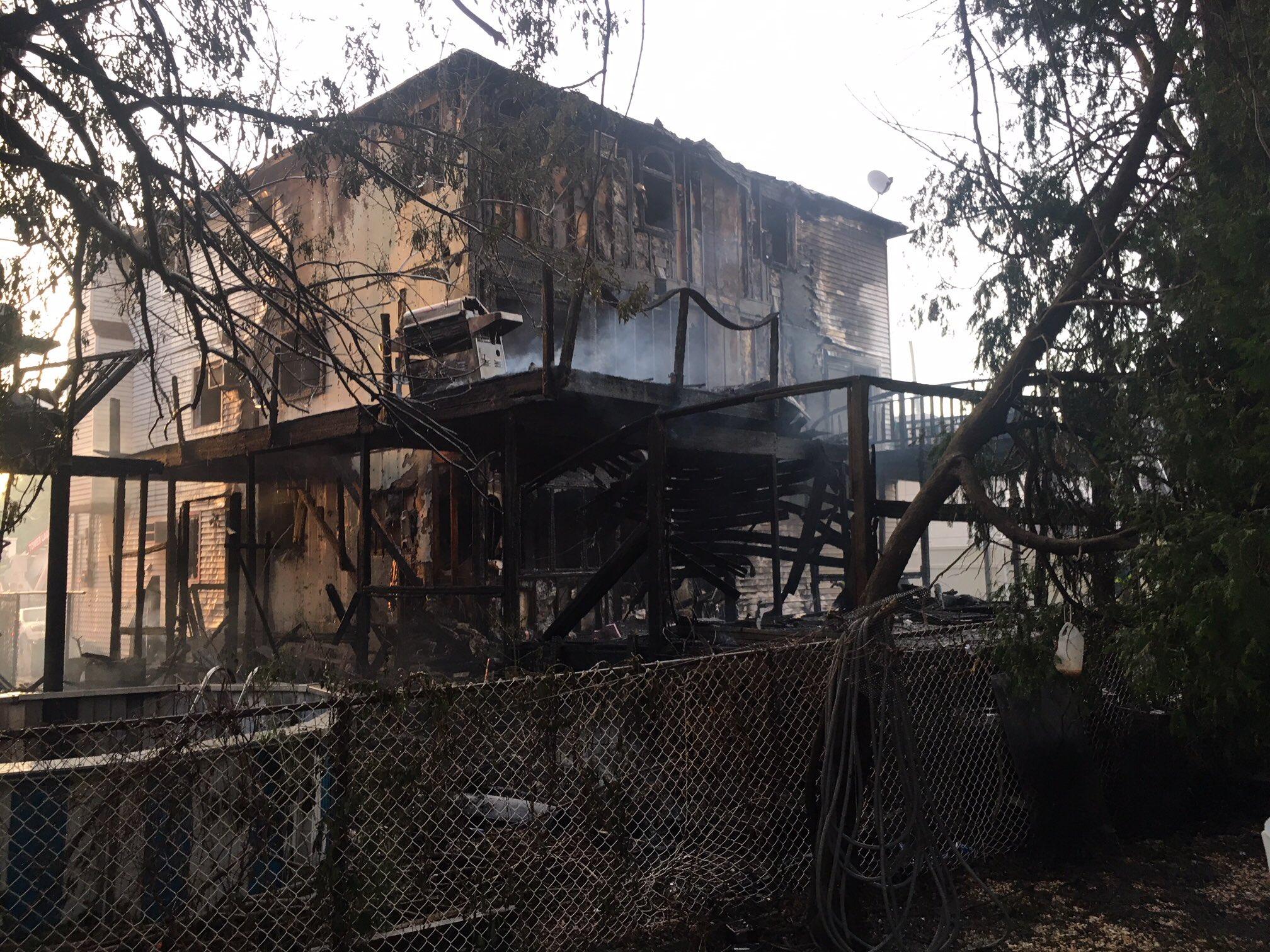 The flames broke out shortly after 7 p.m. at a fire marshal's house, CBS New York reports. Officials said the fire marshal was working at the time and his family was out of town.

One firefighter suffered a chest injury when a stairway collapsed on him.

Four other buildings were heavily damaged and one sustained moderate damage.

Officials said the arson squad is investigating the cause of the fire but it does not appear to be suspicious at this time.