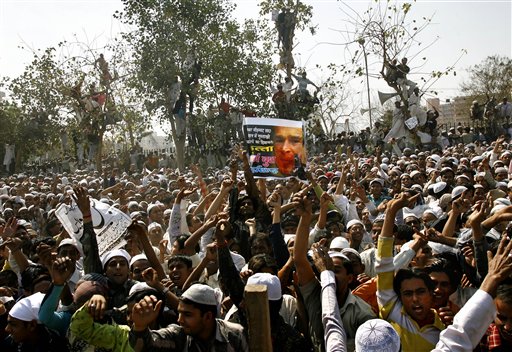 Steffi Graf, one of just five players to complete the tennis Grand Slam in one year and a dominating force for more than a decade, retired from the sport Friday, saying her "motivation wasn't what it was in the past."

"I have done everything I wanted to do in tennis," Graf said.

Even though her career has been marked by a series of injuries, she said those had nothing to do with her decision.

"Right now, I'm perfectly fit," Graf said. "This is no way about injuries."

Graf was the latest in a string of big-star athletes to retire this year, joining a list headed by Michael Jordan, John Elway, Wayne Gretzky, Barry Sanders and Boris Becker, another German whose rise to the top of men's tennis in the mid-1980s paralleled her own leap to stardom.

During her 17-year career, Graf used her powerful forehand shots to win 22 Grand Slam singles titles second only to Margaret Court's 24, and 107 tournaments on the WTA Tour. She spent a record 377 weeks as the No. 1 player in the world, including an unmatched 186 in a row.

In her latest comeback, the 30-year-old Graf stunned top-ranked Martina Hingis to win the French Open. She then lost in the Wimbledon final to Lindsay Davenport.

After both tournaments she said she had made her last appearance at the events. Last month Graf said she would probably leave the women's tour at the end of the year.

She later said it was "a mistake" to announce her retirement from those tournaments, saying she had been too emotional at the time. However, Graf said today she would no longer play at all.

"I feel I have nothing left to accomplish," Graf said at a news conference in Heidelberg, near her hometown of Bruhl. "The weeks following Wimbledon weren't easy for me. I'm not having fun anymore."

"After Wimbledon, for the first time in my career, I didn't feel like going to a tournament."

She strained her left hamstring and was forced to retire from a second-round match against Amy Frazier at the TIG Classic in Carlsbad, Calif., earlier this month.

At the time, Graf said she didn't believe the injury would prevent her from playing in the U.S. Open in New York next month. But that turned out to be her final match.

"After that, the decision (to retire) was very easy, maybe too easy," Graf said. "I was pulled back-and-forth, but when I made my decision I didn't think about it one minute afterwards."

Graf said she plans a farewell tour of exhibition matches later this year, and will concentrate on her marketing company and developing young German talent.

But the first thing she plans to do is travel, without a tenns racket.

"On the plane coming back from San Diego, I just started pouring through these magazines and thinking of all the places I could go," Graf said.

"Steffi is a class act," said Bart McGuire, chief executive officer of the WTA Tour. "As a motivated, well-conditioned, disciplined and competitive athlete, she has been a role model for women athletes in all sports."

"Steffi is leaving, characteristically, on her own terms. We wish her well."

Nicknamed "Fraulein Forehand" for her devastating trademark shot, Graf won more than $20 million in her career. In 1988, she won all four majors, the Australian, French and U.S. Open, and Wimbledon, and completed a "Golden Slam" with the women's singles title at the Seoul Olympics.

Graf, Court and Maureen Connolly are the only women to complete the slam. Rod Laver twice swept all four majors and Don Budge did it once.

In the early '90s, she met her match in the young Monica Seles. But Seles was stabbed by a deranged Graf fan during a tournament in 1993 in Hamburg, interrupting her career for two years.

Becker and Graf were responsible for making tennis one of the most popular and lucrative sports in Germany. Becker also retired earlier this year, playing his last match at Wimbledon.

Her father, Peter, spent time in prison after being convicted for evading taxes on her earnings.

A long list of injuries hindered her in the last few years. Graf spent long spells off the circuit and began losing to lower ranked players she would normally beat with ease.

She turned professional in 1982, when she was 13 years and four months old. She won her first tournament in April 1986, beating Chris Evert in Hilton Head.

She won her first Grand Slam in June 1987, beating Martina Navratilova at the French Open, and in August of that year Graf earned the No. 1 ranking for the first time.

In later years, Graf's fragile body found it hard to keep pace with the teen-age generation of Hingis and others.

The French Open was her only title this year and her first Grand Slam in three years.

Standoff over procedure giving GOP more sway in Senate now narrowly controlled by Democrats had brought chamber to near standstill.