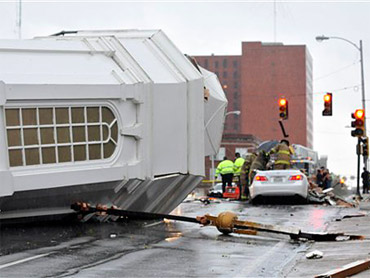 Imagine: You're on your way home from work, waiting for the light to change, and then there's a sudden storm -- and your whole life changes. Michael Williams knows what that's like all too well.

For Michael, October 29, 2009 began like any other day. The graphic designer from Shreveport, La., woke up, worked a full day, and was on his way home when fate blew in.

Williams was stopped at a red light next to Shreveport's First United Methodist Church when a 100-foot, 17,000 pound church steeple was toppled by a tornado, crushing his car from above.

The first responders found a grim scene and assumed the worst, but underneath the tons of brick and metal, Michael was clinging to life. It took an hour, but the rescue workers finally freed him from the wreckage

Michael lost a dangerous amount of blood and sustained more than a dozen broken bones, including his sternum and two vertebrae.

When he was physically able, Michael paid a visit to the first responders who rlushed to his aid that day.

He said to them, "I want to thank y'all for saving my life."

Michael continues to attend physical therapy three times a week and credits the accident for inspiring his attitude of gratitude for the miracle of his durvival.

And on "The Early Show," Michael and his wife of 30 years, Judy Williams, told their story.

Michael said he's doing much better today than he was the first time "The Early Show" spoke with him.

Michael said at the time he was in a "turtle shell" cast for his broken back that covered his entire body.

"I had to have someone give me a different bath every day, " he said. "That wasn't -- that was a new experience in itself."

But looking back, Michael says he can remember "every second" of the accident.

"The thing I remember the most when I came to, my glasses had been knocked off so I couldn't see anything but I remember thinking that I was still alive."

He added, "And I took a moment to thank God for that and assess that. And the next thing I saw with blurry vision were the firemen running toward me with their coats flapping, so I knew the cavalry was coming to get me."
Smith pointed out there were moments when even the medical personnel didn't think he was going to make it.

Michael said, "We found out when we had dinner with the firemen a couple months later that when they first arrived and they assessed the scene, because I had my head down, they phoned into the fire chief that the victim was deceased. And they came over with a blanket to cover me up and that's when I raised my head up and asked them to just get me out."

Michael and Judy, who were divorced and got remarried just a year before the accident, say they have gotten a new closeness following the accident.
Judy said, "We've gotten closer than ever. I mean, this has been a terrible accident that has a blessing inside, which is, we are so grateful for our lives together. We've gotten closer because I recognize that all the things that seem so unimportant when you're married, they're not anymore. You cherish every moment and that has brought us closer together."

The couple has, in the past year, received an outpouring of support from the local community and the country at large. Michael calls it the "miracle after the miracle."

"The other miracle is still happening and unfolding today," he said. "That is, so many people from across the country and overseas has gotten in touch with us and sent us cards and gifts with the same exact message, and that is, we're praying for you. You don't hear that every day." 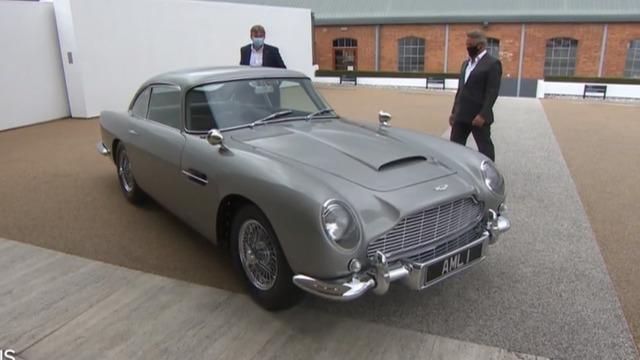 James Bond's Aston Martin is back on the market for $3.5 million

Just 25 of the timeless models are being built. 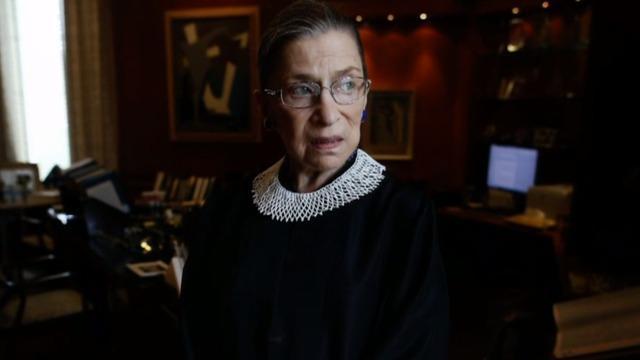 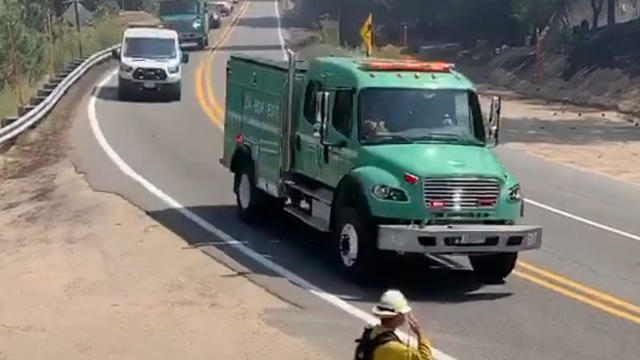 Blazes in the state have so far destroyed 3.5 million acres.