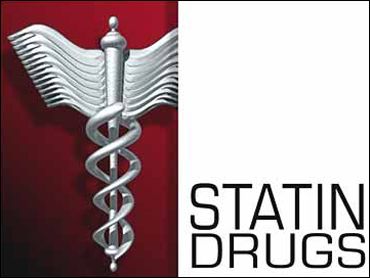 Some consider cholesterol-lowering statins the "miracle drug of the new millennium." They are now the top-selling drugs in the country. But is that glowing review myth or reality?

Travis Raiborn didn't even have high cholesterol when his doctor prescribed Zocor to prevent a heart attack. Hailed as modern "wonder drugs," some doctors are convinced statins, like Zocor, are good preventive medicine for most anyone.

"My muscles were not muscles, they were just tissue you slapped back and forth," says Raiborn.

But Raiborn blames Zocor for severe muscle problems that nearly killed him - a known risk disclosed by statin makers.

"There's no way that I can get myself up," says Raiborn.

Statins are extremely good at lowering cholesterol and are credited with helping millions reduce their heart attack risk. But there are questions as to whether so many people should be taking them, and whether the hype is rooted in exaggerated claims and conflicts of interest.

The National Institutes of Health recently gave a huge boost to the statin industry when its experts revised cholesterol guidelines saying millions more people could use statins. It wasn't disclosed then, but most of the NIH experts had financial ties to statin drug companies.

Dr. John Abramson, a clinical instructor at the Harvard Medical School, says their resulting advice on statins flies in the face of science.

"There's a theory that statin drugs help women and elderly people who do not yet have heart disease," says Abramson. "That theory has been tested in studies so far and disproved."

Abramson and 30 other doctors and scientists are now asking the NIH for a new, independent review of the cholesterol guidelines promoting statins. They cite one study showing women using statins got slightly more heart disease, not less. Another showed the elderly got no real heart benefits, but did develop more cancer.

Merck and other statin makers insist serious side effects are extremely rare and mostly isolated to high doses.

"The best medical advice is to recognize that these medications are very effective," Dr. David Bilheimer, with Merck. "They work, they lower cardiovascular risk, but they have to be treated with respect at the higher doses."

Raiborn questions even the lower dose he was taking.

"I mean to me, I look like a freak cause to me I'm shriveled up compared to who I was," says Raiborn.

He's now considering a lawsuit and hopes his story will make doctors rethink the rush to statins.

Flashback 1996: Man sues Pepsi for not giving him a Harrier Jet
Thanks for reading CBS NEWS.
Create your free account or log in
for more features.
View CBS News In
CBS News App Open
Chrome Safari Continue
Be the first to know
Get browser notifications for breaking news, live events, and exclusive reporting.