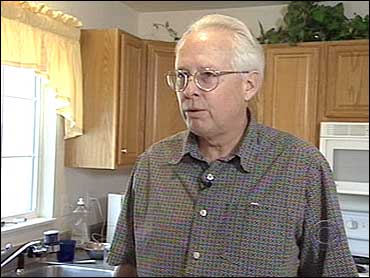 When Jim Matthews needed to slash his cholesterol and heart attack risk, he joined the millions taking the world's top-selling drug, Lipitor.

After five weeks, he was struck by cognitive chaos and confusion.

He couldn't function for hours.

When he came back to his senses, he suspected Lipitor was to blame, but only found one glowing report after another on Lipitor and similar drugs - all called statins.

In fact, some doctors are so high on statins, they seem to think most everyone should take them, that there's no down side. Lipitor's maker even says it may help Alzheimer's patients.

But researcher Dr. Beatrice Golomb warns the studies generating the bulk of the positive press were funded by the companies that make the drugs, like Pfizer, which earns $9 billion a year from Lipitor.

"I made the decision that I really didn't want to take money from the drug industry," says Golomb.

Funded by the government and not the drug makers, Golomb is taking an independent look at studies already done on statins, pinpointing severe muscle problems, which Pfizer has disclosed, and cognitive dysfunction -- not mentioned in patient leaflets.

"We have people who have lost thinking ability so rapidly that within the course of a couple of months they went from being head of major divisions of companies to not being able to balance a checkbook and being fired from their company," says Golomb, an assistant professor or medicine at the University of California in San Diego.

Golomb says statins do help the heart, but may also hamper the brain's performance and trigger other serious problems. She's leading an independent clinical trial to find out what harm statins may be doing. The results should be out in a few months.

Pfizer told us Lipitor's safety is supported by peer reviewed articles and scores of studies,"including the most extensive statin clinical trial program ever conducted." Pfizer "collects all available safety information...and shares (it) with regulatory authorities worldwide."

That may be right for most patients, but Matthews isn't looking for a repeat of his mental meltdown. He's taking a new tactic: trying to tame his cholesterol with diet and exercise

"Up with the good cholesterol, down with the bad," he says.