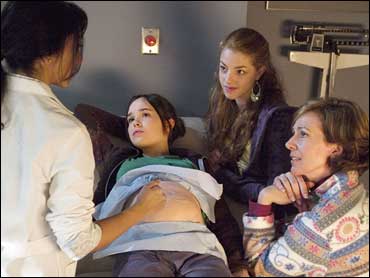 In the sexually-charged world of teenagers, it can be tough to just say, "no."

"It's difficult to really be abstinent until marriage because it's a lot of different things pulling at you when you're a teenager," 16-year-old Kristen Brown explains.

CBS News correspondent Sharyl Attkisson reports the forces pulling at America's teens include the tribulations of idols and icons from pop-culture; like the recent news that Britney Spears' 16-year old sister is pregnant.

All those influences have driven Congress and the Bush administration to push "abstinence-only" education. The government has provided states a billion dollars during the past decade for abstinence-only programs.

But many say it just doesn't work, and they point to the teen birth rate's first rise in 15 years as proof.

"The governors are saying; 'Even if this administration is going to continue to push abstinence-only, we in the states are going to do the right thing by teens and actually give them the information they need to actually prevent an unintended pregnancy,'" said Cecile Richards, the president of the Planned Parenthood Federation of America.

No state requires abstinence-only education in school. The federal money they're giving up is for outside groups to promote abstinence. Giving up the funds is more of a symbolic gesture by governors who believe kids need to know about birth control too.

Those who want teens to wait to have sex are upset that so many states are rejecting the federal abstinence funds.

"I think they're the victims of a huge lobbying effort on behalf of the contraception education proponents, who truly do not want abstinence education to exist," says Elayne Bennett, of the Best Friends Foundation.

But as the adults passionately debate their kids' private lives, the teens themselves are left to wrestle with the pressures and problems of young life.

"So many people have had sex and had sexual experiences, so you sort of feel left out," says Kristen.