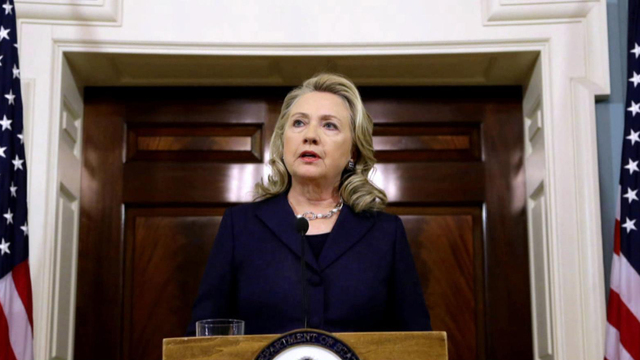 WASHINGTON, D.C. -- The State Department has agreed to provide the conservative watchdog group Judicial Watch with emails that had been uncovered following the FBI's probe into Hillary Clinton's use of a private email server during her 2009-2013 tenure as secretary of state.

The announcement follows a separate Judicial Watch filing which revealed that an "entire disc" of information had not been included in the original batch of materials handed over by Secretary Clinton in December 2014. The records will be produced in accordance with a Freedom of Information Act (FOIA) lawsuit before District Court Judge James E. Boasberg.

And, regarding details of the exchange, State Department spokeswoman Elizabeth Trudeau said at Tuesday press briefing, "We advised that we would be prepared to suggest a production schedule to the court on August 22nd."

It's not clear, however, if the State Department intends to disclose the most recent email batch to the public.

Last week, a few of the recently recovered emails linked the State Department to the Clinton Foundation -- a relationship Clinton repeatedly disputed as insignificant -- placing the Democratic presidential nominee once again under scrutiny, and ultimately, providing her critics with ample political ammunition.