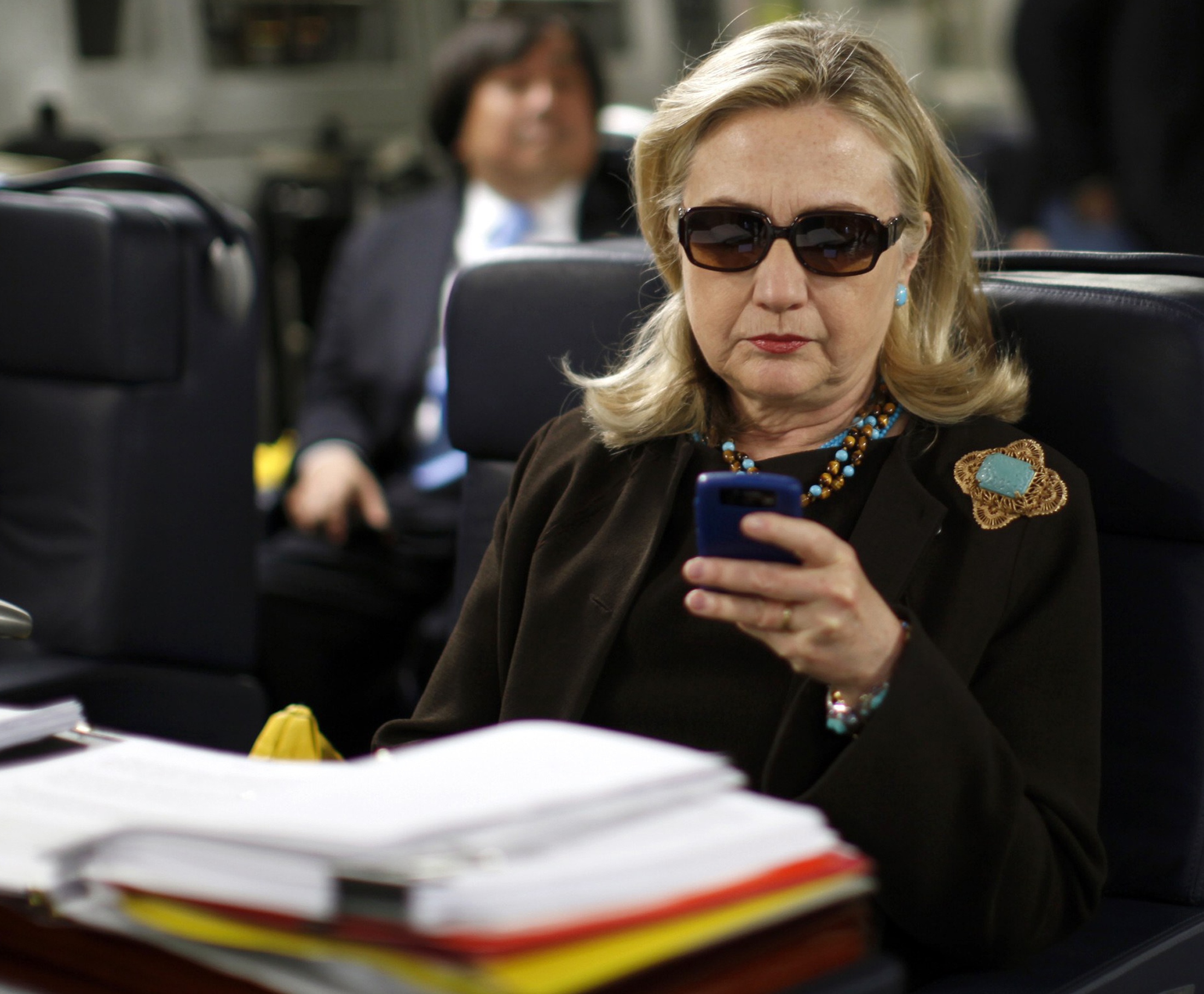 The State Department on Thursday released around 5,500 pages of Hillary Clinton's emails from her tenure as secretary of state, in its continued effort to comply with a court order and Freedom of Information Act (FOIA) requests.

Since earlier this year, Clinton has been under fire for using a private email account and private server to conduct business, rather than an official State Department address. Questions about her email account have died down since Clinton addressed the issue at length during an 11-hour hearing of the House Benghazi Committee.

As in previous email releases, the current batch of emails includes some labeled "classified." That, however, does not indicate that the information in them was classified at the time Clinton sent or received them.

Even so, the Republican National Committee slammed Clinton for keeping those emails on her private server. That decision, the RNC said in a statement "looks even more reckless" as the State Department releases more emails marked "classified."

The State Department was under court order to release at least 82 percent of the more than 55,000 pages of emails that Clinton handed over to them. However, the department is behind schedule.

"We have worked diligently to come as close to the goal as possible, but with the large number of documents involved and the holiday schedule we have not met the goal this month," the State Department said in a statement.

The emails released Thursday span a wide range of topics.

One email, forwarded to Clinton from her then-deputy chief of staff Jake Sullivan, is from Ambassador Chris Stevens, who was one of four Americans killed in the September 11, 2012 attack in Benghazi. Stevens wrote to Sullivan about the elections in Libya.

"The atmosphere in Tripoli is very festive," he wrote. "The gov't declared today a holiday and people are driving around honking and waving flags and making peace sign gestures. We visited several polling stations where we found people patiently waiting in lines (gender-segregated)."

Another series of emails reveal Clinton's displeasure over the fact that a New York-based Hasidic newspaper published an iconic photograph of President Obama and his national security team monitoring the mission against Osama bin Laden -- with Clinton and National Security team member Audrey Tomason photoshopped out. In an email to several people with the subject line "Unbelievable," Clinton wrote that the photo was altered "perhaps because no woman should be in such a place of power or that I am dressed immodestly!!"