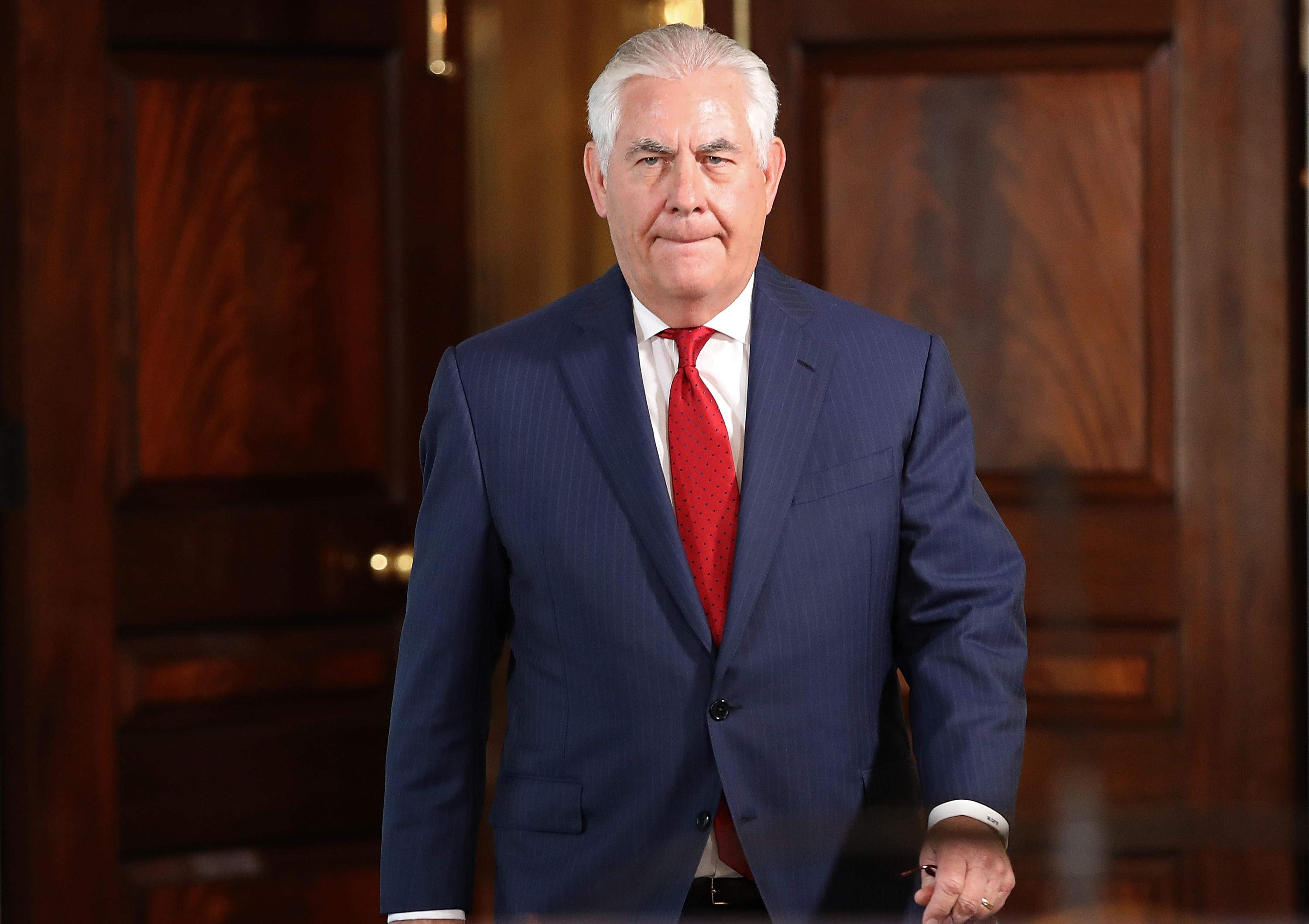 The State Department is hitting back at the growing bipartisan criticism of Rex Tillerson's leadership and accusations he is presiding over a debilitating brain drain of the nation's diplomatic corps. At the same time, it allowed that a lack of communication with employees about Tillerson's intent to reorganize the department had contributed to low morale.

In a letter to Senate Foreign Relations Committee's chairman, Sen. Bob Corker, R-Tennessee, the department said Tillerson's reorganization plans aren't crippling the agency as reports have claimed. Top ranks aren't being intentionally gutted through attrition, mass retirements and buyouts, it said, and a planned 8 percent reduction of its nearly 75,000 employees had been mandated by the Office of Management and Budget and is proceeding under that order.

"Admittedly, the department could do a better job of communicating every single step along the way of the redesign process," she told reporters. "There is a morale issue and the department realizes that we need to say more."

In the letter sent to Corker late Thursday, the department said there are only 108 fewer foreign service officers now than in 2016. The tally is still 2,000 more than there were in 2008, it said.

It said a widely cited figure that 60 percent of diplomats at the highest level had left the foreign service since January is a "distortion" because only six people held the rank known as "career ambassador." Two remain, it said. Since 1980, only from one to seven career ambassadors have ever served at the same time.

Nevertheless, the letter seems unlikely to stem the criticism of Tillerson. Critics also point to departures of senior and mid-level foreign service officers and a hiring freeze of entry level diplomats that has been relaxed only to take on about 100 new employees in the current budget year. That's about a third of recent yearly intakes.

Nauert appealed to frustrated diplomats not to leave their careers in frustration.

Democratic and Republican lawmakers also oppose Tillerson's proposal to cut the department's budget by nearly 30 percent, suggesting there will be rancorous exchanges on staffing levels in coming months.

The letter, signed by Charles S. Faulkner of the Bureau of Legislative Affairs, follows an intense week of criticism of Tillerson.

Since taking office, the former Exxon Mobil CEO has been targeted by frequent attacks from Democrats, former diplomats and pundits on the left and the right. In recent days, Corker and a fellow prominent Republican, Arizona Sen. John McCain, joined the chorus.

Corker on Tuesday echoed comments of his committee's top Democrat, Sen. Ben Cardin, who spoke of "alarming" reports that America's diplomatic corps is being decimated by the reorganization. Corker said the concerns were "bipartisan in nature" and lamented that a briefing about the reorganization with State Department officials had been "very unsatisfactory" and incomplete.

A day later, McCain, the Senate Armed Services Committee chairman, wrote a letter with Democratic Sen. Jeanne Shaheen criticizing the department for management decisions "that threaten to undermine the long-term health and effectiveness of American diplomacy."

The entire minority membership of the House Foreign Affairs Committee followed, writing to Tillerson to say they're "profoundly concerned about what appears to be the intentional hollowing-out of our senior diplomatic ranks and the entire State Department with no apparent goal."

Its president, Barbara Stephenson, likened senior staff reductions to a "decapitation" that would be met with public outcry if it had occurred in the military.

"The rapid loss of so many senior officers has a serious, immediate and tangible effect on the capacity of the United States to shape world events," she said.

The State Department feels the criticism is unfair. In its letter to Corker, the agency said there are only 20 fewer senior foreign service officers now than there were a year ago (1,048 compared with 1,068). This year's retirements are five fewer than in 2016, it said. Buyouts to induce early retirement of more than 600 diplomats are consistent with a directive to reduce the federal workforce.

It said reorganization is a work in progress, appealing for patience as officials make the department "more efficient and effective within a sustainable budget."

"A project such as this demands careful execution and we are committed to doing just that and notifying Congress as required," the State Department said.