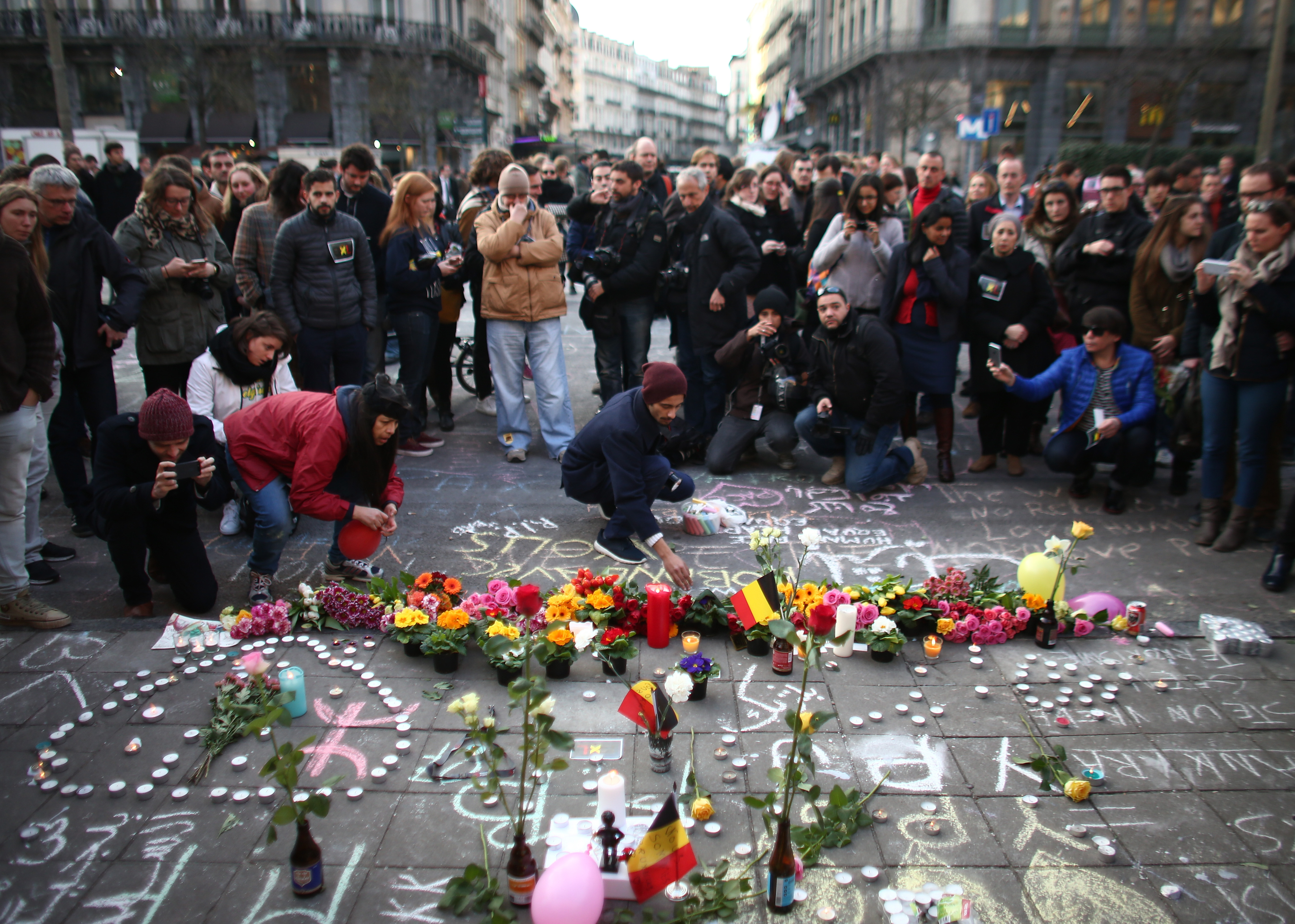 WASHINGTON-- Two more Americans have been identified as killed in the attacks on Brussels, the State Department confirmed Sunday, bringing to four the total number of U.S. citizens confirmed as victims.

The State Department said, "We express our deepest condolences" to those who lost loved ones in the attack, but declined to identify them publicly.

Officials have said previously that at least a dozen Americans were injured in the attack last Tuesday.

Earlier Sunday, the White House said that President Barack Obama telephoned the parents of an American couple identified as among the dead in last week's attacks.

The White House said Obama offered his condolences and praised Justin and Stephanie Shults as epitomizing all that was good about America.

Justin Shults was originally from Gatlinburg, Tennessee, and his wife, Stephanie, was a native of Lexington, Kentucky. They graduated together from Vanderbilt University's Owen Graduate School of Management.

The White House said the president also assured their parents that the thoughts, prayers and resolve of the nation are with them at this difficult time.

Stephanie, 29, and Justin, who just turned 30, were dropping off her mother, Carolyn Moore, at the time of the explosions.

"I was waiting in line to check in, and she was sitting in the seats with her husband waiting for me to finish... I have no idea where she is," said Moore previously.

On Wednesday, the family received incorrect information regarding the couple's whereabouts. They were told the two had been located on an injured list, when in fact they were still missing.

"We are thankful for the outpouring of love and support we have received at this difficult time and ask for prayers for Justin and Stephanie," a statement from their families, released by Sen. Bob Corker's office, read Wednesday.

Their families traveled to Belgium in hopes of finding them.

"Justin has been wanting me to come to Brussels and see him, but this is not the way that I wanted to go see him," his mother, Sheila Shell, told CBS News on Thursday. "One minute, they were there, and then they weren't, and we've been searching and looking for them ever since."

Thirty-eight people were killed, including the three attackers, and more than 300 injured in the bombings Tuesday at the Brussels airport and a train station, Belgian officials said Monday.

Dutch citizens Sascha and Alexander Pinczowski, who lived in New York, were previously listed among the Americans missing, but their family received confirmation Friday that they were killed.

In a sign of the tensions in the Belgian capital and the way security services are stretched across the country, a planned "March Against Fear" in the city planned for Sunday was canceled at the interior minister's urging, and was instead spontaneously replaced with clashes between self-described "fascists" and police.

"We understand fully the emotions," Interior Minister Jan Jambon told reporters. "We understand that everyone wants to express these feelings."

But, he said, "we invite the citizens not to have this demonstration." Instead of a peace march, far right-wing demonstrators took to the streets of Brussels.

White-helmeted riot police were involved in the attempt to control the right-wing protesters, which public broadcaster RTBF said numbered between 500 and 1,000. At one point, police used a water cannon to disperse what some described as a riot. Several news outlets reported the protesters giving Nazi salutes and aggressively confronting Muslim women at the shrine.

Ten were arrested and two police officers were injured.

"We had 340 hooligans from different football clubs who came to Brussels and we knew for sure that they would create some trouble," Police Commissioner Christian De Coninck said. "It was a very difficult police operation because lots of families with kids were here."

Brussels mayor Yvan Mayeur expressed his disgust, with Belgium still in mourning over the suicide bombings at Brussels airport and subway.

"The police were not deployed to protect people from these hooligans but a whole other threat," said Mayeur told RTL television.

People trying to pay their respects were also dismayed.

"It was important for us to be here symbolically," said Samia Orosemane, a 35-year-old comedian. But, she added, "there were lots of men who were here and doing the Nazi salute, shouting 'death to Arabs' and so we weren't able to get through."

"We are all here today for peace, and for the brotherhood among peoples. Not for right-wing ideas. It's neither the time nor the place," said Theophile Mouange, 52.