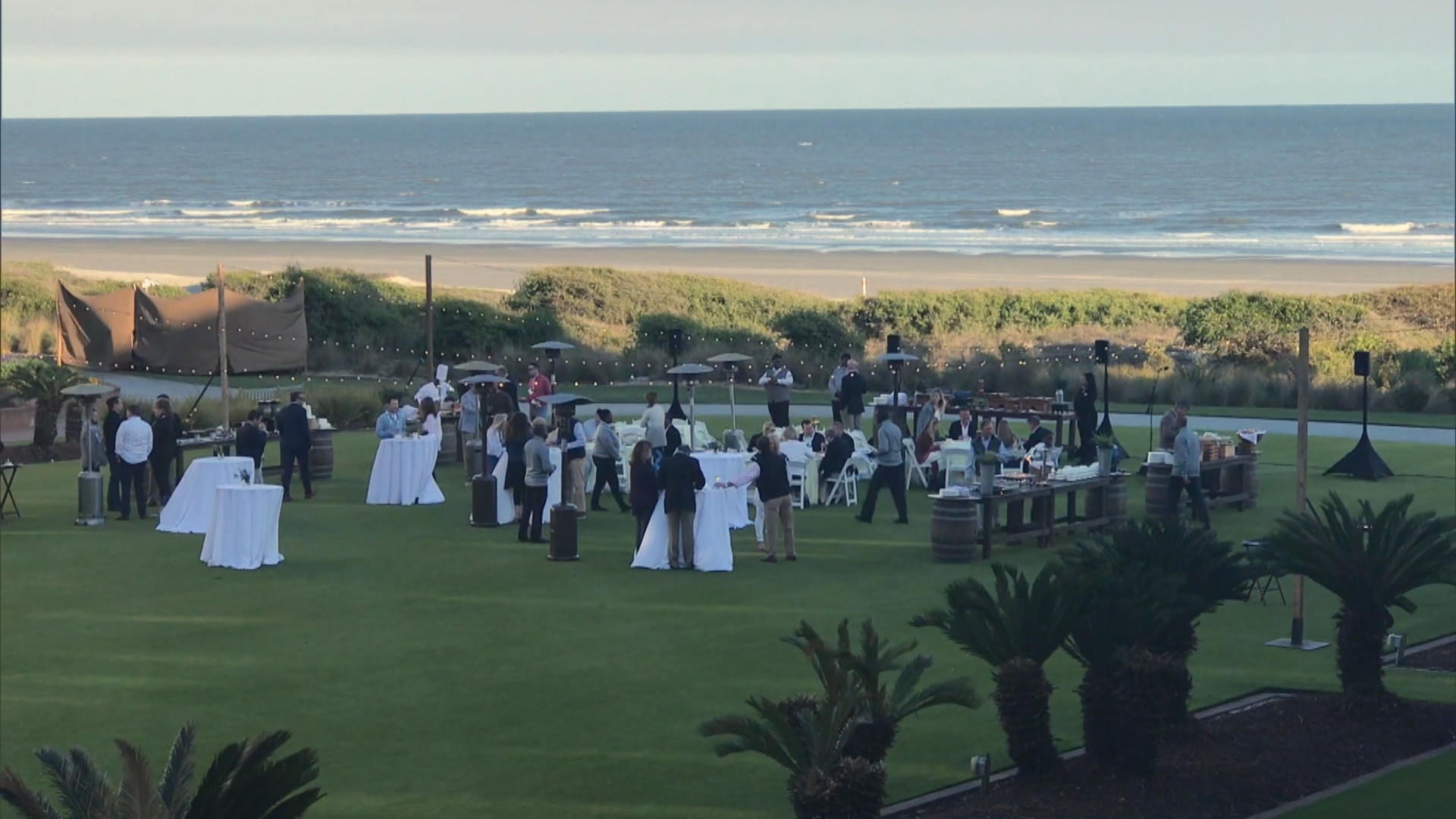 State attorneys general, who are the top law enforcement officials in each state, have the final say on which cases to pursue or not. That power has not gone unnoticed by lobbyists. CBS News got an inside look at one lavish retreat at Kiawah Island, South Carolina, where businesses and trade groups paid for access. Some of the companies are under investigation by state attorneys general, but still give large donations so they can get one-on-one access to AGs to state their case.

It's perfectly legal for a company under investigation by a state attorney general to give money to the political associations for attorneys general that fund AG campaigns. In return, it's legal for those associations to give access to company lobbyists.

Rubbing shoulders with a state attorney general doesn't come cheap. To get an invite to a four-day retreat, lobbyists had to fork over $125,000.

On a hidden camera, Georgia Attorney General Chris Carr can be heard saying, "We can't do what we do without your help."

Selling access to events like this has helped the Republican Attorneys General Association, or RAGA, raise more than $20 million in the last year and a half – twice as much as their Democratic counterparts.

"Look, the other side has been very energized and there's no two ways about it," Carr could be heard saying.

CBS News reviewed 88 donations over $50,000 or more to RAGA and found 46 of those donors had matters under consideration by a state attorney general or had recently settled. Others needed help from the AG community. The NRA, for instance, made a $700,000 donation to RAGA four weeks after the Las Vegas shooting.

It was a six-fold increase from the previous year and came as even some Republicans were calling for new gun control measures. One month later, 24 of the 27 GOP attorneys general wrote a letter urging Congress to pass concealed carry legislation – a top priority for the NRA.

The NRA told CBS News it "did not discuss the letter with RAGA" and gave generously to RAGA simply because the "the NRA supports organizations that work to elect pro-Second Amendment candidates."

"The major concern from my perspective is that this is completely behind closed doors," Marquette University's Paul Nolette said. He has studied the role of state attorneys general.

"If the public doesn't know what the connection between the money coming in and the policies or investigations going out are, then it really raises some questions," Nolette said.

The more money these lobbyists shell out, the more access they get. At swanky golf resorts like one in Pinehurst, North Carolina, $50,000 entitles them to so-called "issue briefings": one-on-one with Republican AGs.

The most luxurious gathering we saw was on Kiawah Island. It's an event so exclusive, it's not even mentioned on RAGA's website.

When we asked nine attorneys general we saw there – from Alabama, Arkansas, Florida, Georgia, Idaho, Indiana, North Dakota, South Carolina and Utah – if they attended, only three (Idaho, South Carolina and North Dakota) would confirm they went. Arkansas Attorney General Leslie Rutledge is the chair of RAGA, but when we asked her staff if she was there, they responded by email, "We have nothing additional."

We got a hold of the agenda, which included yoga on the beach and a dolphin tour. In attendance? Representatives from Koch Industries, big tobacco, payday lenders and the NRA.

RAGA Schedule by CBS This Morning on Scribd

Over four days, while their aides were back home working, we saw the AGs by the pool, playing golf, and at open bar oceanfront receptions, all courtesy of RAGA donors. Not bad for public servants whose average salaries hover around $129,000 a year.

It's not just the Republicans. Democratic AGs are courted by trial lawyers at receptions like one in Washington and they, too, take donations from companies under investigation.

"I think that really raises some concerns about whether the AGs are doing what they're supposed to be doing, which is represent their state and the people of their state, as opposed to representing their biggest donors," Nolette said.

RAGA Benefits by CBS This Morning on Scribd

In a statement, RAGA told us: "The Republican Attorneys General Association has been successful in supporting candidates that will defend the rule of law. Freedom is the at core of our founding principles as a nation, a strong society can only endure if we are a just society, one where the law is followed and enforced. Republican attorneys general have this mindset and that's what drives their actions - nothing else."

The NRA also issued a statement: "The NRA supports organizations that work to elect pro-Second Amendment candidates who support law-abiding citizens' constitutional right to self-defense. The letter was not issued by RAGA  and the NRA did not discuss the letter with RAGA. The letter in support of the most important self-defense legislation ever offered in Congress, was signed by individual attorneys general who have a long record of supporting the Second Amendment and the legislation advocated for in the letter. The fact  that CBS News would try and make a connection between a donation to an organization and a letter that organization had nothing to do with  shows their anti-NRA bias. This is yet another example of why the majority of Americans view mainstream media content as 'fake news'. It's even more telling that CBS omitted the fact that democrat attorneys general wrote a letter in opposition to concealed carry reciprocity and Michael Bloomberg's gun control organization has given $150,000 to the Democratic Attorneys General Association."* - Jennifer Baker

*Editor's Note: Mike Bloomberg's group Everytown for Gun Safety gave the Democratic AGs $50,000 in July of 2017. On October 24, 2017, 17 Democratic attorneys general wrote a letter to Congress opposing the concealed carry bill. The bill passed the House in early December, 2017. Then in 2018, Everytown gave an additional $100,000 to the Democratic AGs as per public records.