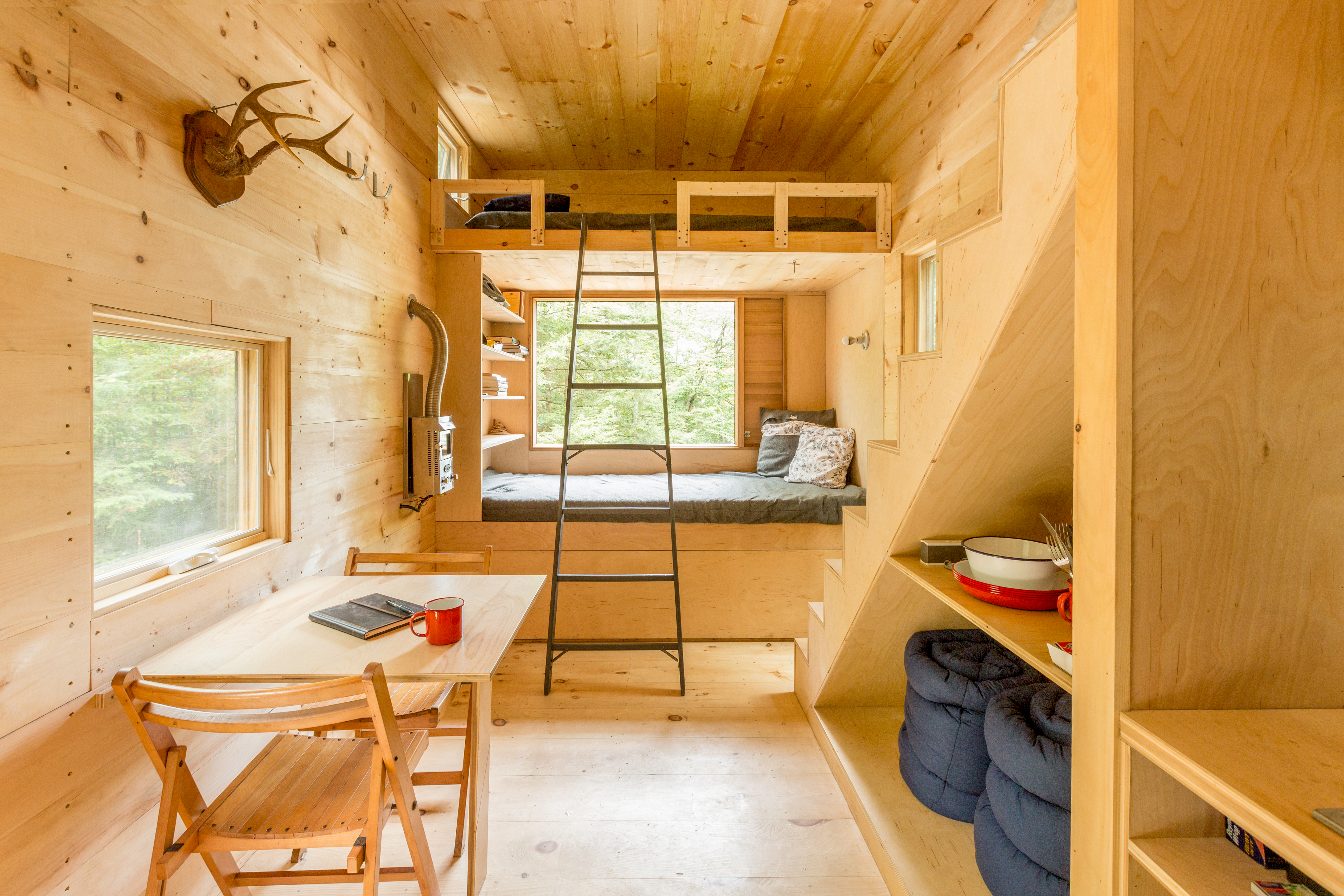 Ryan Ol-Jars and Meg Lucas are setting out on an adventure five months in the making.

In January, the couple booked a one-night stay somewhere in the woods. Just 24 hours before packing up, they found out where.

It's a two-hour drive from Ryan's apartment outside Boston, but a world away from their normal lives, reports CBS News correspondent Don Dahler.

"It was just kind of really relaxing just to be together and have nothing else really going on," Lucas said. "Just kind of back to your roots."

Their getaway comes courtesy of a company named "Getaway." The startup -- aimed at millennials -- is part vacation and part social experiment. They built three tiny houses and placed them in undisclosed locations in the New England wilderness.

"It was like staying in a cabin... anywhere up in New Hampshire, Maine, but just on a much smaller scale," Ol-Jars said.

Each house is made of wood, powered mostly by solar energy, and comes fully furnished -- lofted beds, a hanging chair, kitchen supplies, a stove, towels and bedding, a simple shower and toilet and board games to play. All the creature comforts of home are jammed into 160 square feet, but Ryan and Meg said it did not feel crammed.

"It's actually pretty comparable if you think about it to a studio space or size in any city - Boston, New York, whatever," Lucas said.

Room service? Not a chance. Guests bring their own food, but snacks are provided for a fee. And there is also minimal cell service and no Wi-Fi.

"It was kind of really nice to not really know what time it was. We ended up spending the night out here. We made some s'mores, we ate dinner," Lucas said. After virtually disconnecting for a night, Meg said she anticipated it'd get easier as the days went on, if she were to do it for a week.

"I like my technology. I like being connected. But I'm also always connected to it unless I actively disconnect," Staff said.

Guests are encouraged to lock away their smart phones and trade surfing social media for soaking in the surroundings.

"When you get here, you do nothing. You just are in a beautiful tiny house. You're in the woods and you're with the people you love and your own thoughts," Davis said.

Americans today are taking less vacation time than ever. According to the U.S. Travel Association, in 2014, 169 million vacation days went unused - the equivalent of over $52 billion in lost benefits.

"It's crazy. There's a lost week for Americans where you could be getting away and you're not," Staff said. "And I'm pretty sure it's not because you love your job and want to stay there. It's because vacations are too hard and too expensive."

That's why accessibility and price are important to Staff and Davis. Houses are an easily drivable distance and start at $99 a night. Getaway is making it easier for people to do just that - get away.

For Ol-Jars and Lucas, it's an alternative to a more traditional vacation, not a replacement.

"You don't think the resort chains have something to worry about just yet," Dahler said.

"No, I don't think so... But I do see this as becoming more of a prominent scene for those trying to get away from the city, definitely," Lucas said.

Getaway is expanding. Three more properties are opening this month outside New York City. They hope to have 15 by the end of the summer and are looking into taking it national.