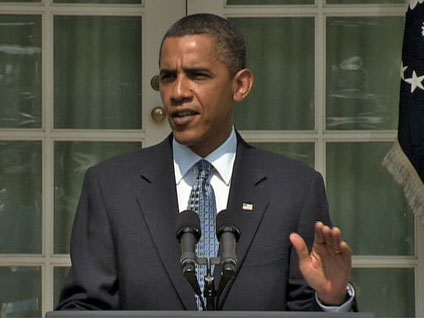 President Bush's second term began Friday morning with prayers – for him, and for the nation he'll lead over the next four years.

At the National Prayer Service at Washington National Cathedral, the Reverend Billy Graham prayed that God will give the president and Vice President Cheney "a clear mind, a warm heart" and "calmness in the midst of turmoil."

The service, a tradition that dates back to the inauguration of George Washington, brought together 3,200 invited family, dignitaries, administration officials and other guests.

On the program were instrumental and choral music and an interfaith lineup of Christian, Jewish and Muslim clergy, all to help celebrate through prayer the events of the day before, when President Bush placed his hand on a family Bible at the U.S. Capitol and swore a second time to faithfully execute the office of president and uphold the Constitution.

On Thursday the president was on the go all day, from an early morning church appearance to hours in the cold watching the traditional parade down Pennsylvania Avenue to a late night dash through 10 black-tie inaugural balls. The only thing on the president's public schedule for the first day of his second term was the prayer service.

But there will be little time for him to rest, with all the tasks he has named as priorities for himself and the nation: