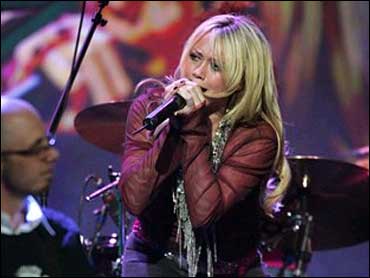 From a youth concert to festivities on the National Mall to the nine official inaugural balls, the Presidential Inaugural Committee selected several actors, musicians and celebrities to entertain the thousands expected to attend. The committee released its list Thursday.

For the "America's Future Rocks Today" concert on Tuesday, pop singers JoJo and Duff will perform along with Studdard, the bands 3 Doors Down and Boxkar and former football player Jason Sehorn, who with his wife, actress Angie Harmon, spoke at the Republican National Convention.

Bush twins Jenna and Barbara are expected to attend the concert.

The Gatlin Brothers, the Temptations and Kristin Chenoweth, who starred in the Broadway production of "Wicked," as well as the Radio City Rockettes, will entertain at "A Celebration of Freedom" on Wednesday.

Performers at the nine inaugural balls, ranging from the free commander in chief ball for troops and their families to the $150-per-ticket parties, vary from the Guy Lombardo Orchestra and the Tommy Dorsey Orchestra to Beatlemania Live, comedian Ben Stein and the Will Gravitt Band.