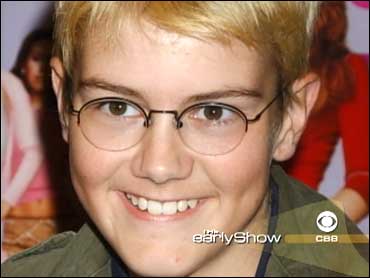 The Dallas Stars avoided giving up the tying goal in the final minute by the toe of San Jose Sharks left wing Stephane Matteau's skate.

Grant Marshall capped Dallas' three-goal second period with the go-ahead goal as the Stars rallied from a two-goal first-period deficit for a 3-2 victory over San Jose Monday night.

But the game's decisive play came with 22.5 seconds left when the Sharks thought they'd gotten the tying goal on Ron Stern's rebound. But the goal was washed out after a video review of the play because Matteau was ruled to be in the crease.

Matteau still wasn't sure what happened 20 minutes after the game ended.

"I guess I was in because they disallowed it, but I don't know for sure," Matteau said. "The (replay) rule has worked for us a lot of times in the past, but (Monday night) it didn't."

Sharks coach Darryl sutter was more blunt: "Whoever made up that rule never played the game."

Hatcher and Joe Nieuwendyk added second-period goals for the Stars, 8-1-1 at home this season and 4-0-1 in their last five overall.

"It's obvious he's a marked man here," Nieuwendyk said. "Everything you can do to feed the team with emotion and get the crowd going helps your team. From there, things started to happen."

The Sharks stunned the Stars with two goals on their first three shots in the game's opening 5:29, both on the power play.

Bill Houlder beat stars goalie Ed Belfour on a shot from just inside the blue line at 2:17, Houlder's third. Stern made it 2-0 from the slot at 5:29, Stern's second.

San Jose beat Dallas 4-0 in their last meeting Nov. 4, as the Sharks were credited with only nine shots. So after one period Monday, San Jose had scored six goals in its previous 12 shots against Dallas.

Little needed to be said in the Stars' locker room between the first and second periods.

"We put our backs to the wall and didn't need to be told," Stars defenseman Richard Matvichuk said. "But we responded very well."

Obviously, nobody in the Stars dressing room was complaining about the overturned Sharks goal.

"Those things even out," Nieuwendyk said. "It's a tough rule, especially when it isn't involved in the play, but a rule is a rule."

Dallas scored twice over a span of 59 seconds early in the second period to tie it at 2. Hatcher's third goal on a screened 50-footer at 2:28 cut the deficit to 2-1. Nieuwendyk notched the tying goal at 3:27 on a wrist shot from the top of the right circle, his sixth.

Marshall gave Dallas its first lead of the night when he skated into the slot, picked up a loose puck and fired it high over fallen goalie Mike Vernon at 12:59 of the second period.

The Stars were without two injured members of their No. 1 line: Brett Hull (bruised kidney) and Jere Lehtinen (fractured thumb).