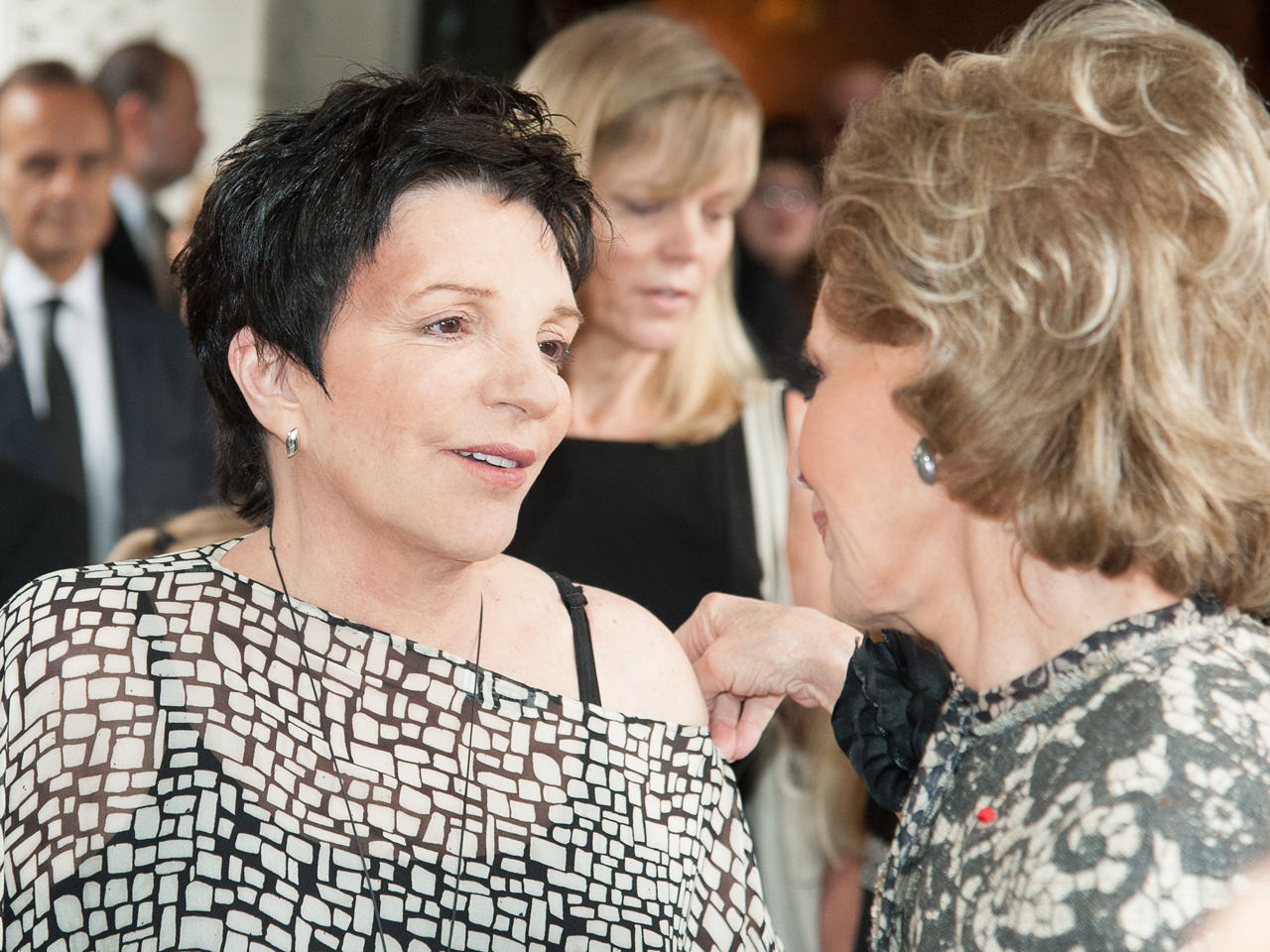 Clinton called Hamlisch, whose casket was covered in his favorite yellow freesias, a "great, giving genius." Sir Howard Stringer, chairman of Sony Corp., called him "the merriest of minstrels."

Hamlisch died on Aug. 6 in Los Angeles after a short illness. He was 68.

Speakers, including composer Richard Kagan, cosmetics executive Leonard Lauder and socialite Lily Safra, described a friend always willing to help a good cause, who was a bashful philanthropist and a devoted Yankee fan who would ask for the latest scores before stepping onstage.

A choir that included fellow composers, lyricists and musicians such as Lucie Arnaz, Rupert Holmes and Sheldon Harnick, sang "The Way We Were" and "What I Did for Love." Statements of mourning were read from President Barack Obama and former first lady Nancy Reagan.

Hamlisch is survived by his wife of 26 years, Terre, who took the podium and shared memories of a man whose "life force was huge." He was likely to cheer her up in the morning by jumping on top of the bed and performing an entire musical - complete with music, lyrics, all the parts and the dancing chorus - "to the disbelief of myself and our dogs."

"Marvin taught me how to live life with gusto and magic," she said. "He would order every dessert on the menu so everyone could taste everything and miss nothing in life."

Hamlisch composed or arranged hundreds of scores for musicals and movies, including "A Chorus Line" on Broadway and the films "The Sting," ''Sophie's Choice," ''Ordinary People" and "The Way We Were."

He was working on a new musical, "Gotta Dance," at the time of his death and was scheduled to write the score for a new Soderbergh film on Liberace, "Behind the Candelabra," starring Michael Douglas and Matt Damon.