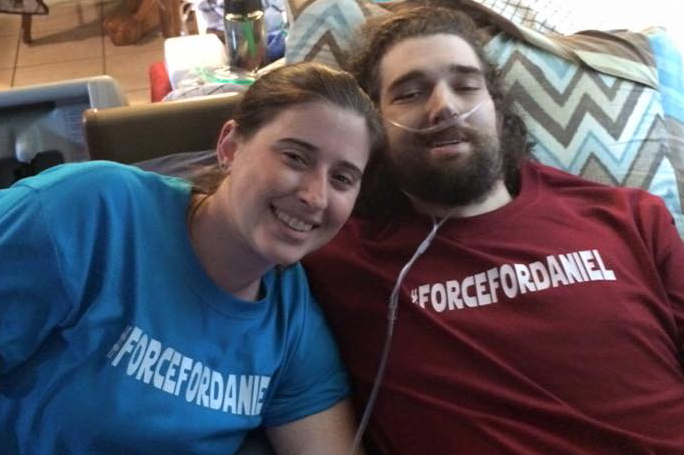 Daniel Fleetwood, 31, had suffered from spindle cell carcinoma, a form of cancer that spread to 90 percent of his lungs. According to his wife, Ashley Fleetwood, he died just days after seeing the film, which doesn't open in theaters until Dec. 18.

"Daniel put up an amazing fight to the very end. He is now one with God and with the force. He passed in his sleep and in peace. He will always be my idol and my hero. Please hug uncle Marc for me and give Lucy lots of kisses. Rest in peace my love. This was the last selfie we ever took together. ‪#‎forcefordaniel‬," Ashley wrote on Facebook Tuesday.

Daniel and his wife, who live in the suburbs of Houston, Texas, had chronicled his cancer battle on social media. In September, they said he had been given only a month or two to live. His wish was to see the upcoming "Star Wars" film -- and after his social posts gained traction online, Daniel's wish was granted thanks to the film's producers and director, J.J. Abrams.