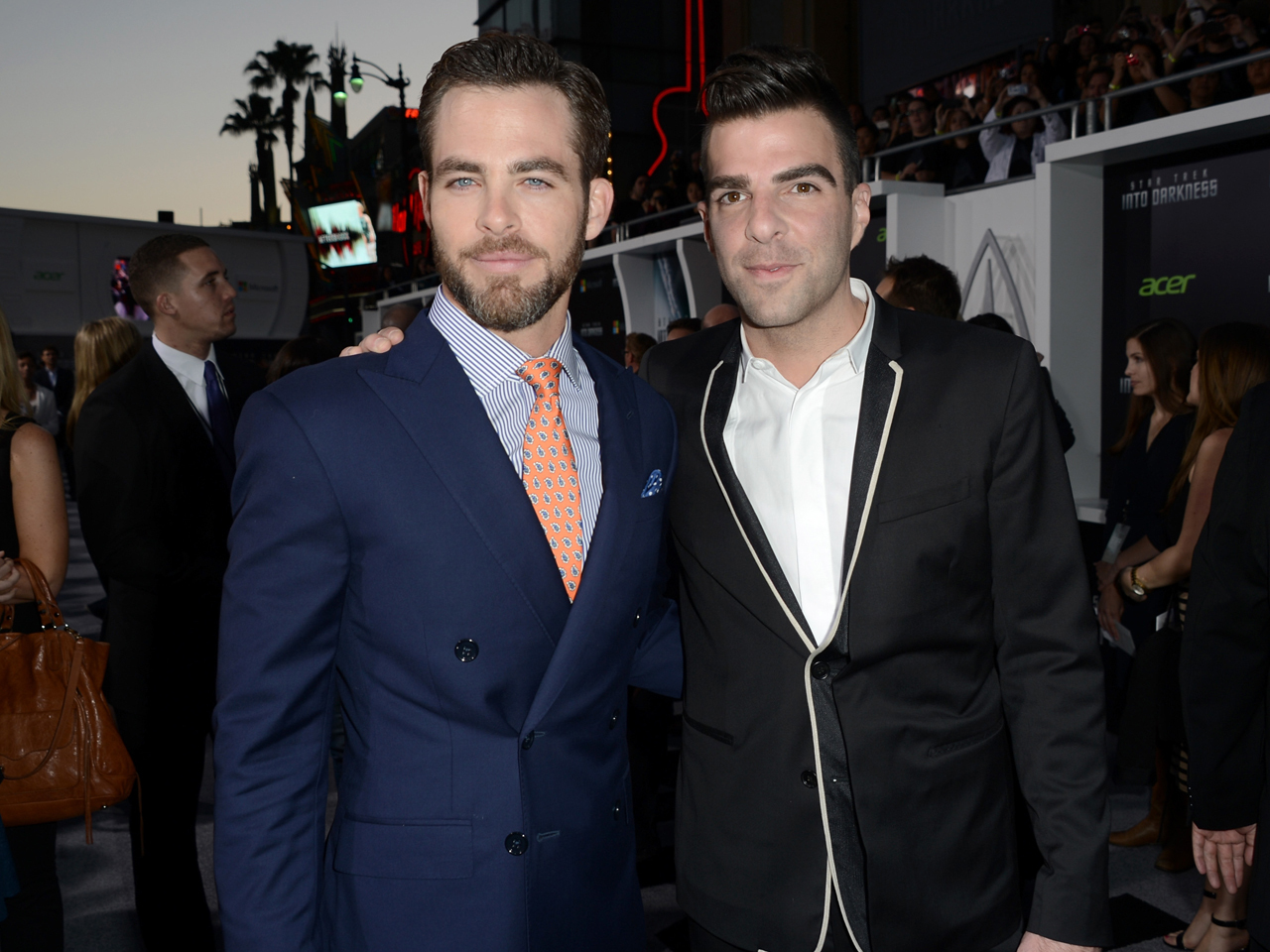 The stars came out on Tuesday for the Los Angeles premiere of "Star Trek Into Darkness" -- and we're not talking about the ones in space.

Also on hand at the premiere were producer/director J.J. Abrams and co-writer/producer Damon Lindelof.

Benedict Cumberbatch, the British "Sherlock" star who plays the film's mysterious villain, was not in attendance.

Saldana, wearing a brown dress by Rodarte, called the film a "rollercoaster ride."

"The action does not stop," she told The Hollywood Reporter. "The suspense challenges you as well. It's not one of those films that the plot is so easy that you know how it's going to go."

"We wanted to make this movie a bigger and better film, but we had to drown out all the pressure both external and internal to kind of focus on the work" Abrams added, when asked about the pressures of making a follow-up to his 2009 "Star Trek" reboot. "These are great people and I was really excited to work with them again. It's one of the reasons why I did the movie again."

"Star Trek Into Darkness" arrives in theaters on Thursday. Watch the trailer below: