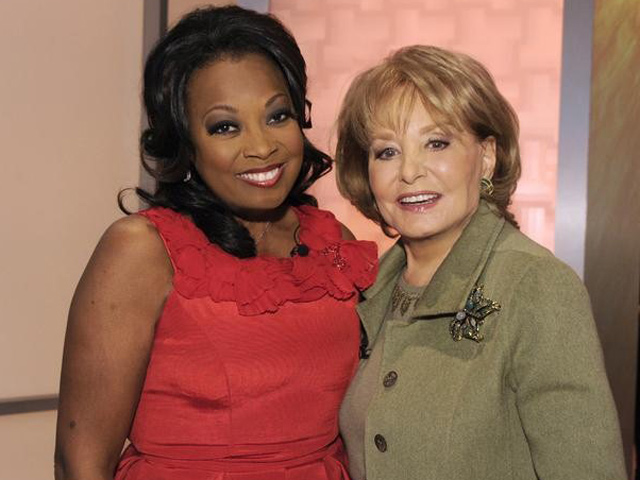 (CBS) Star Jones, one of the original co-hosts of "The View," returned to talk show Wednesday as a guest to promote an awareness campaign about heart disease among women - her first visit back since her highly-publicized falling out with co-host Barbara Walters in 2006.

"It was ugly. Everything. It was a bad emotional time. Nasty things were being said in the media," Jones said after Walters insisted on discussing her exit, reports People magazine.

After Jones and Walters had the falling out, ABC decided not to renew her contract. Jones took Walters by surprise by announcing she would be leaving the show, causing her exit to come more quickly than expected.

"I wanted to go out on my own terms so that if I walked back here I'd feel good about it," Jones said. "I had eight fantastic years here. One was 'eh.' I came back to congratulate you on all you accomplished. I hope you congratulate me on what I accomplished."

Walters and co-host Joy Behar also asked Jones about her 2003 gastric bypass sugery, which Jones had tried to keep secret.

"We tried to protect you. We were told, 'Don't say it was gastric [bypass]. Say it was pilates and portion control,' " Behar said, then added, "You are now a skinny bitch. Congratulations."

Lovitz Speaks Out On Dustup With Andy Dick