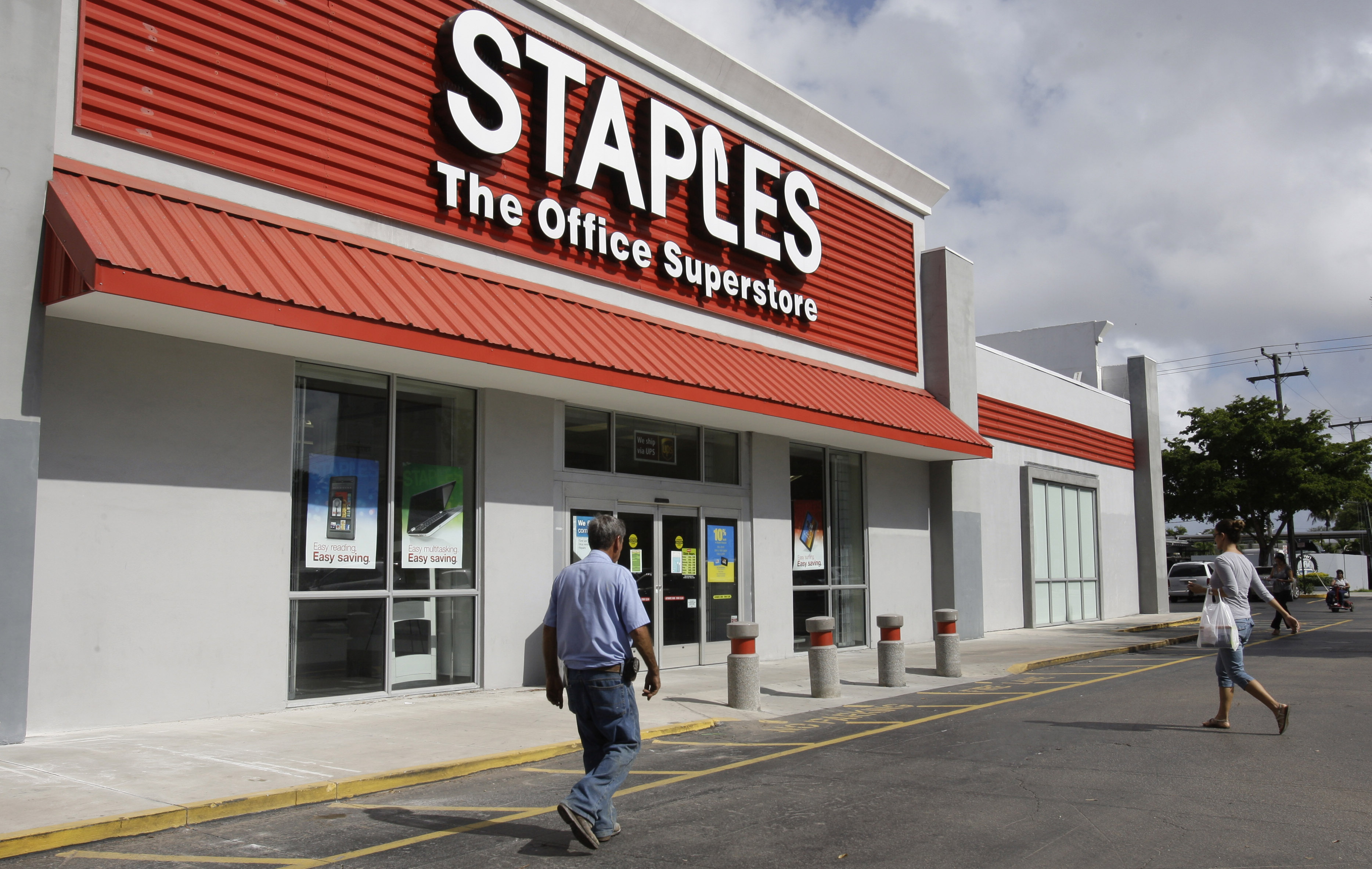 WASHINGTON, D.C. -- Staples and Office Depot said Tuesday they are scrapping their planned $6.3 billion merger after a federal judge blocked the deal, saying the government had made the case that the combination would likely hurt competition in office supplies.

The Federal Trade Commission had sought to block the merger of the last two national office-supply chains, contending it would allow the combined company to dictate the price of supplies, especially for corporate customers that buy in bulk.

U.S. District Judge Emmet Sullivan said in a ruling Tuesday that the FTC met its legal burden by showing it was likely the deal would "substantially impair competition in the sale and distribution of consumable office supplies to large business-to-business customers." He said regulators also succeeded in showing that blocking the deal would be in the public interest.

Under the terms of the merger agreement, Staples will pay Office Depot a $250 million break-up fee, the company said in a statement.

Debbie Feinstein, who heads the competition bureau at the FTC, said the ruling "is great news for business customers."

"This deal would eliminate head-to-head competition between Staples and Office Depot, and likely lead to higher prices and lower-quality service for large businesses that buy office supplies," she said in a statement.

In December, the FTC rejected an offer from Staples to sell $1.25 billion in contracts to work around the competition issues.

Staples Inc., based in Framingham, Massachusetts, is the largest "big box" office-supply chain. Office Depot Inc., headquartered in Boca Raton, Florida, is No. 2.

Founded in the late 1980s, they were among a group of chains led by Wal-Mart that opened thousands of supersized stores for shoppers wanting to buy in bulk. But changing shopping patterns, like the demand for price deals and the move toward shopping online, have hurt them.

Following news that the deal was being scuttled, Office Depot's stock tumbled more than 26 percent in after-hours trading. Shares in Staples fell more than 10 percent.