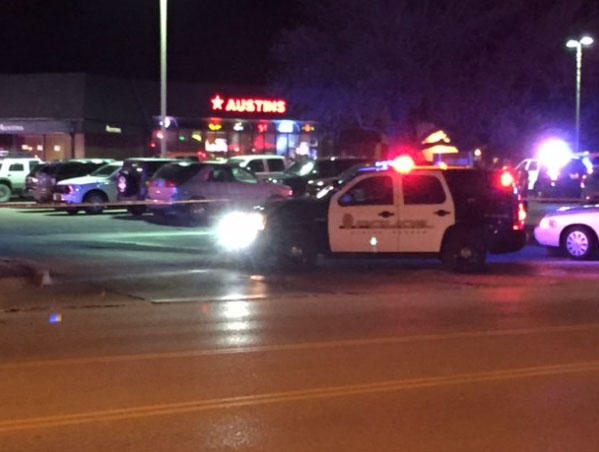 A police spokesman said the shooting occurred at Austins Bar and Grill. Police Sgt. Logan Bonney says two of the victims were hospitalized in critical condition and the third was seriously injured. One later died, authorities said.

Officers late Wednesday night surrounded a house about a mile from the bar. Police say they identified a person of interest in the shooting and were trying to make contact.

Authorities urged area residents to stay in their homes.

The suspect is described as a white male in his 60s, KCTV says.

Witnesses told the station the shooting started inside the bar and ended in the parking lot.

A 23-year-old man who was at the bar and left shortly before the shooting told the Kansas City Star it was filled with people watching the Kansas-TCU basketball game.

Christy Fish told KCTV she had a friend inside the bar and grill. Many people were trying to reach friends to find out if they were OK.

“Shocked ... scared,” Fish said. “Just shocked. Worried for my friends. This just doesn’t happen here. We just don’t have shootings in Olathe and it’s just, we are all just kind of in shock.”