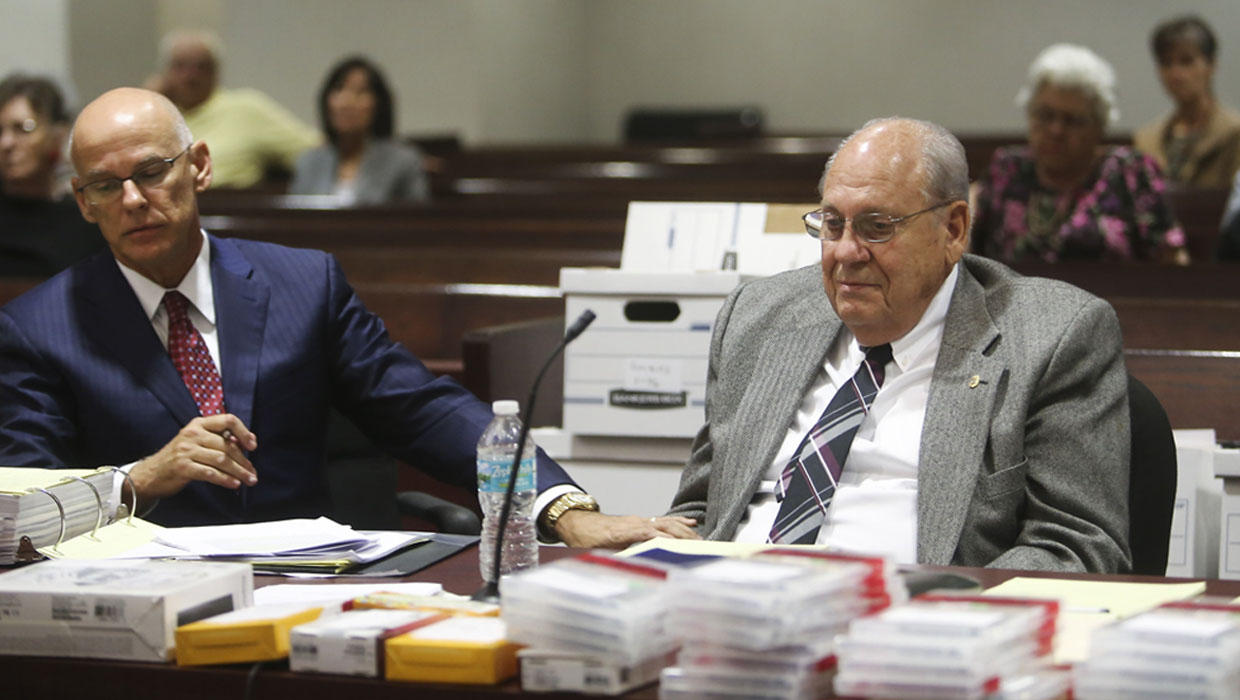 DADE CITY, Fla. -- A Florida judge is hearing evidence to determine whether a retired police officer acted in self-defense when he shot a man in a movie theater in 2014.

Pinellas-Pasco Circuit Judge Susan Barthle is being asked to decide whether Curtis Reeves should be immune from prosecution under Florida’s controversial stand your ground statute. The hearing started Monday and continued on Tuesday.

The law says a person has no duty to retreat when faced with a violent confrontation and can use deadly force if he or she fears death or great bodily harm.

Prosecutors say the 74-year-old Reeves provoked the confrontation. Reeves’ attorneys say Oulson’s actions made him think he was in danger of serious assault.