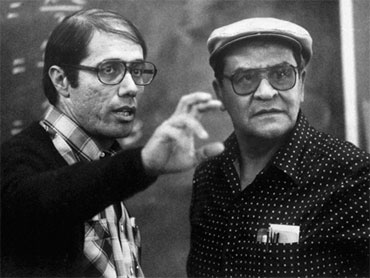 Jaime Escalante, the math teacher who transformed a tough East Los Angeles high school and inspired the movie "Stand and Deliver," died Tuesday. He was 79.

An immigrant from Bolivia, he transformed Garfield High School by motivating struggling students to excel at advanced math and science. The school had more advanced placement calculus students than all but three other public high schools in the country.

Edward James Olmos played Escalante in the 1988 film based on his story.

"Jaime exposed one of the most dangerous myths of our time - that inner city students can't be expected to perform at the highest levels," Olmos said. "Because of him, that destructive idea has been shattered forever."

Escalante was a teacher in La Paz before he emigrated to the U.S. and had to study English at night for years to get his California teaching credentials.

At first he was discouraged by Garfield's "culture of low expectations, gang activity and administrative apathy," Miller said.

Gradually, he overhauled the school's math curriculum, requiring all students to take algebra while enabling those who were previously considered unteachable to master math and pass the advanced placement calculus test. He believed in his students and built their confidence.

Escalante left Garfield in 1991, taught at schools in Sacramento and retired to Bolivia in 2001.

The cast of "Stand and Deliver" to help Escalante pay for his alternative cancer treatments.