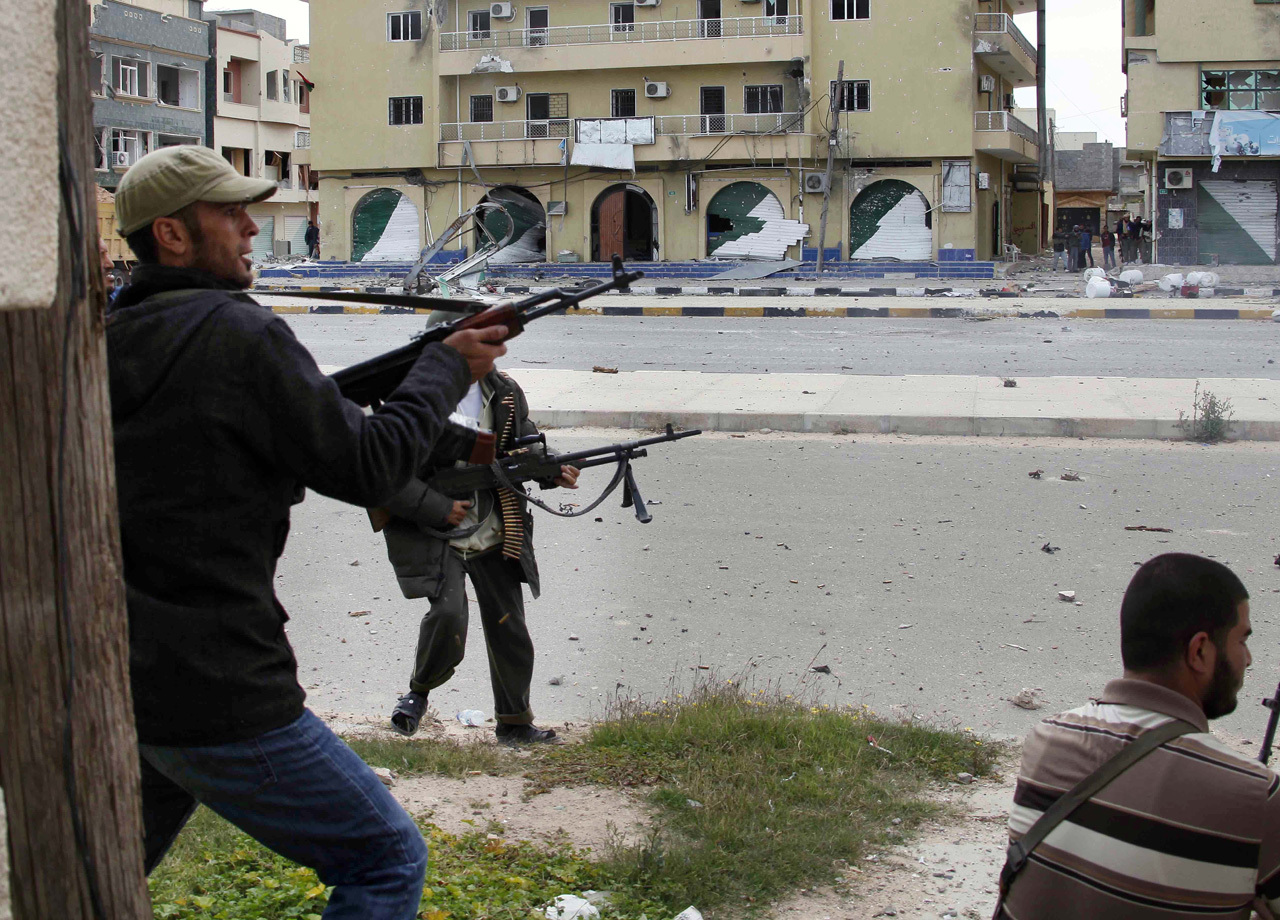 The conflict in Libya is moving closer to a "stalemate," but the United States will not take steps to arm the rebels at this point, Adm. Mike Mullen, the Chairman of the Joint Chiefs of Staff, said Friday.

"The U.S. position on arming the rebels is clear... right now, that's not going to happen" Mullen told reporters at a press conference in Iraq.

He said that the fighting in the eastern cities of Ajdabiyah and Brega had become "essentially very stalemate-like" and noted that, while Qaddafi's forces had been degraded by 30 to 40 percent, they have also shifted tactics in order to minimize the threat of NATO airstrikes.

"Regime forces have changed tactics where they look like [the] opposition so it's become a more difficult fight with more difficult targets," said Mullen.

Mullen also reiterated that the long-term U.S. goal is "to see Qaddafi and his family out of power" though specifics about how the achieve that end are unclear.

In a move to further aid the rebels, President Barack Obama authorized the use of armed Predator drones in Libya on Qaddafi forces.

It is the first time that drones will be used for airstrikes since the conflict began on March 19, although they have routinely been flying surveillance missions, Defense Secretary Robert Gates told reporters Thursday.

Gates said the U.S. will provide up to two 24-hour combat air patrols each day.

Obama OKs use of armed drone aircraft in Libya

Speaking to CBS News' Allen Pizzey in Benghazi (where the Republican Senator was visiting to meet with the opposition National Transition Council and members of the rebel military), McCain said the armed drones should have been used earlier.

"I hope the Predator will be effective. It will hopefully prevent further humanitarian disaster taking place in Misrata," McCain said.

McCain: Libyan rebels are "my heroes"

However, BBC News notes that Libya's deputy foreign minister has warned the use of drones would increase civilian casualties, and he predicted they would not change the outcome of the conflict.

"They [drones] will kill more civilians and this is very sad," Khaled Khaim said. "It's for the Libyans to choose their destiny - not by sending more weapons or more air strikes, or more money and weapons to the rebels."

"I think what they are doing is undemocratic, illegitimate," Khaim said.

The BBC also reports Mullen, in an earlier address to U.S. troops in Iraq, said there has been little evidence radical groups have taken advantage of the Libya revolt.

"We're watchful of it, mindful of it and I just haven't seen much of it at all," Mullen said. "In fact, I've seen no al-Qaeda representation there at all."