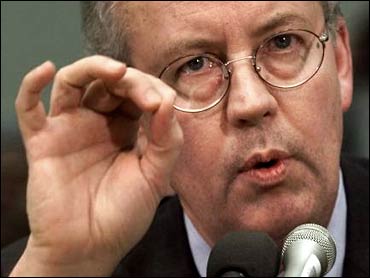 Kenneth Starr's probe of President Clinton is the most expensive independent counsel investigation ever.

The Washington Post says the General Accounting Office puts the cost of the inquiry at $52 million. That exceeds the $47.4 million that Lawrence Walsh spent in the 1980s on his Iran-Contra investigation.

The paper says during the past six years, five independent counsels have spent more than $95 million investigating the Clinton administration.