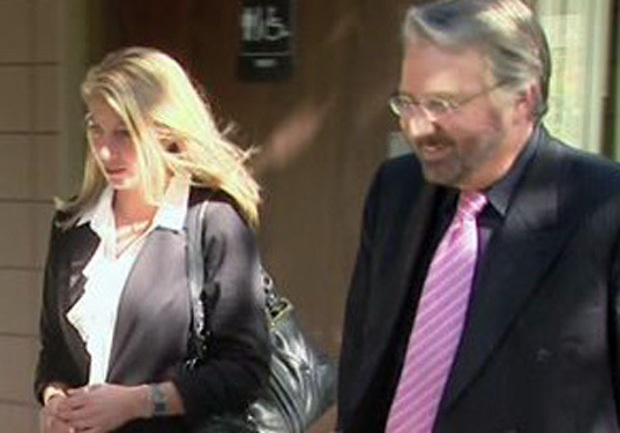 OXNARD, Calif. A middle school teacher who was fired after students learned she had appeared in pornography has lost her appeal to return to the classroom, her lawyer said Tuesday.

"Although (Halas') pornography career has concluded, the ongoing availability of her pornographic materials on the Internet will continue to impede her from being an effective teacher and respected colleague," Judge Julie Cabos-Owen wrote in a 46-page decision issued Friday by the Commission on Professional Competence.

Her lawyer, Richard Schwab, said Halas had tried to be honest but was embarrassed by her previous experience in the adult industry.

"Miss Halas is more than just an individual fighting for her job as a teacher," he said Tuesday. "I think she's representative of a lot of people who may have a past that may not involve anything illegal or anything that hurts anybody."

Halas has been on administrative leave since the video surfaced in March.

Teachers then showed administrators downloads of Halas' sex videos from their smartphones.

In hearings, former assistant principal Wayne Saddler testified that, at the start of a sex video, Halas talked about being a teacher, and he felt her effectiveness in the classroom had been compromised.

In October, Oxnard Unified School District spokesman Thomas DeLapp told CBS Los Angeles that once students were able to find the videos of Halas on the Internet, they made it difficult for her to be an effective teacher.

"We even had kids who were referring to her by her stage name in class, from catcalls in the back," DeLapp said.

After rumors of her performance surfaced, profanity was etched on Halas' classroom window, a teacher testified.

Schwab has said Halas did not star in pornographic movies while teaching in any district. He said she took parts only during an eight-month period from 2005 to 2006 because of financial problems after her boyfriend abandoned her.

Halas' decision to "engage in pornography was incompatible with her responsibilities as a role model for students and would present an insurmountable, recurring disruption to our schools should she be allowed to remain as a teacher," Chancer said in a statement.