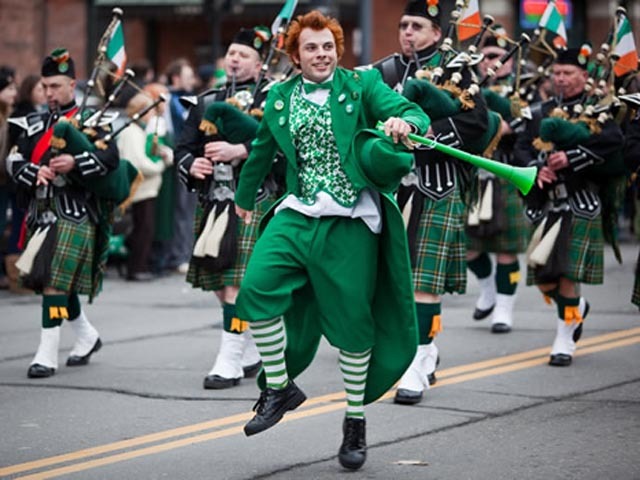 (CBS) They're short, they're wrinkled, they didn't even wear green originally. They're leprechauns, the mischievous fairy-folk who have become one of the best known Irish symbols (for better or worse.) As you celebrate this St. Patrick's Day by looking for your own pot of gold, shouldn't you learn more about leprechauns - who already have pots of gold ripe for the taking?

It's not all rosy cheeks and smiles with leprechauns. The original Irish fables portrayed the pint-sized creatures as ugly and mean. Leprechauns were shoe-makers who hid the money they made from their craft in pots hidden at the end of rainbows, according to Katharine Brigg's "Encyclopedia of Fairies: Hobgoblins, Brownies, Bogies, and Other Supernatural Creatures."

Leprechauns were originally depicted wearing red, not green. In "Legends and Stories of Ireland," written in 1831, Samuel Lover describes their dress: "He wears a red square-cut coat, richly laced with gold, and the inexpressible of the same, cocked hat, shoes and buckles."

The idea of wearing green was at 20th century invention, when it became used as a short-hand for everything Irish. The History of St. Patrick makes this point as well.

One of the most interesting features of leprechauns is what happens when you catch one. In exchange for freedom, the fairy-folk will grant three wishes. With so many leprechauns running the streets today, see if you can catch one and see what happens!