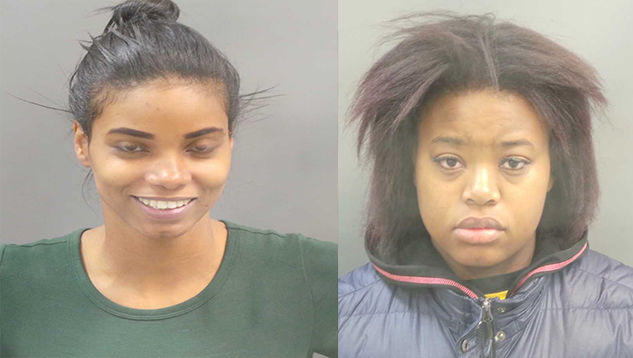 CBS affiliate KMOV reports police are searching for the women, and neither is in custody.

The St. Louis Post-Dispatch reports charging documents allege the two women encouraged the fistfights on Dec. 7, 2016. The fights were caught on video. They allegedly lasted 35 minutes and involved at least six children. The children each had a padded glove on one hand.

One 4-year-old suffered a black eye and other injuries. Mothers of two children are suing the Adventure Learning Center.

Both workers were fired after the incident. They were initially arrested, but charges reportedly weren't pursued by the St. Louis Circuit Attorney's office. A spokeswoman for the office told KTVI and the AP last week that charges wouldn't be filed due to insufficient evidence, adding "that does not diminish the incredibly poor judgment by these adults who had the responsibility to safely supervise these children."

On Monday, the spokeswoman reportedly said that the office was able to obtain additional evidence.

The mother of one of the victims, Nicole Merseal, told KTVI that her older son, 10 at the time, filmed the fighting with his iPad because he was worried about his little brother, who was in the next room being beaten up by his classmates. The older boy sent the video to Merseal.

Merseal told the station her younger son, who had just turned 4 that day, was crying in the video.

"He doesn't understand why his friends were fighting him. Why he was beaten up by his best friends," Merseal said.

Merseal's lawyer, Jennifer Hansen, said in an email to the St. Louis Dispatch Monday: "Ms. Merseal is humbled by the strong support of the St. Louis community in wanting justice for the kids at Adventure Learning Center who were forced to fight each other that day. Ms. Merseal remains hopeful that the state agencies in charge of supervising and subsidizing Adventure Learning Center will finally hold the day care accountable, too."

An attorney for the day care declined comment, citing the pending litigation.