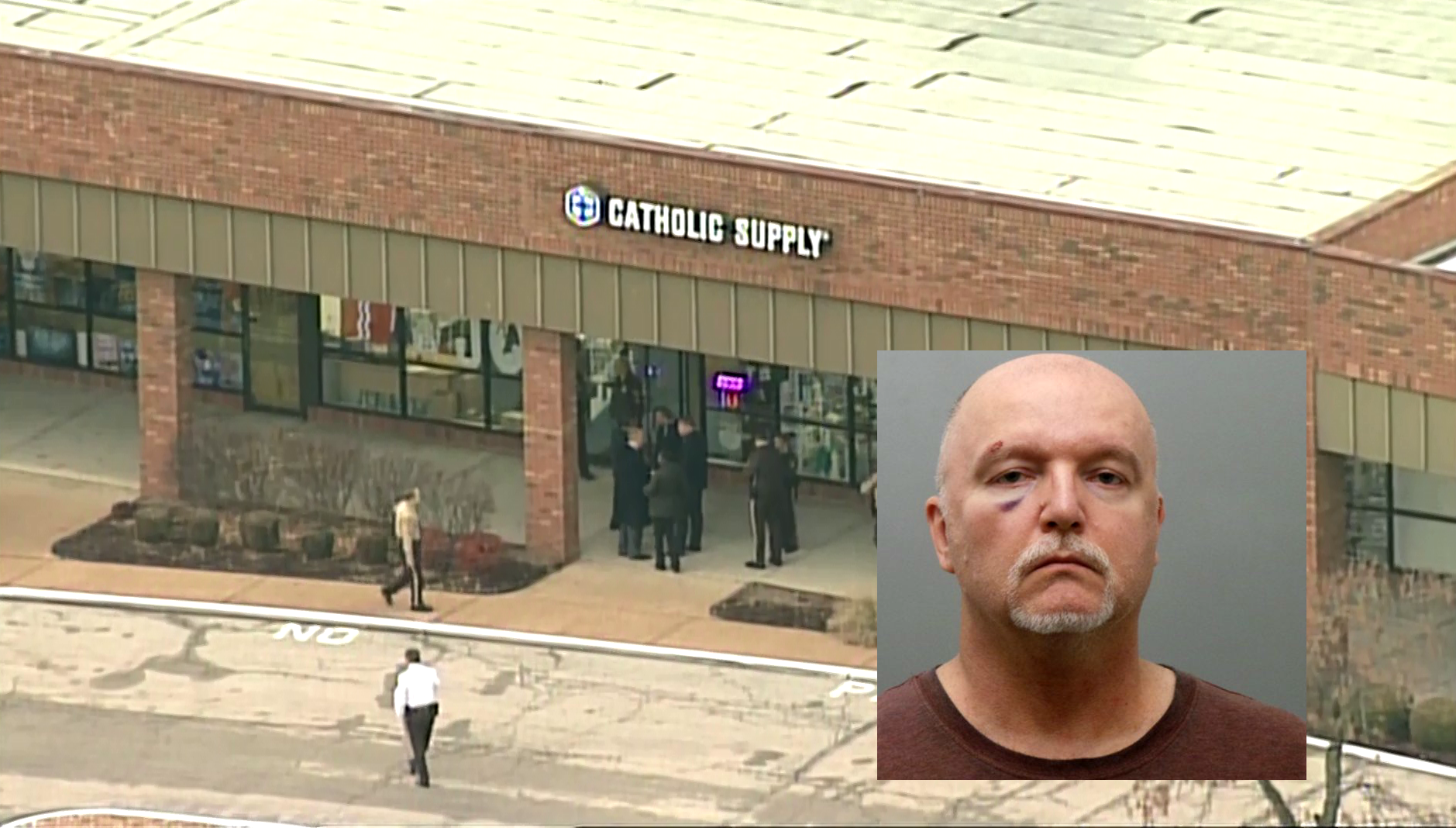 BALLWIN, Mo. -- A Missouri pastor said the man charged with killing one woman and sexually assaulting two others Monday at a suburban St. Louis religious supplies shop used to work as a pastor in southeast Missouri. Thomas Bruce of Imperial, Missouri, was arrested Wednesday and charged in Monday's attack at a Catholic Supply store in Ballwin.

The Missouri Secretary of State's office identifies Bruce as the operator of a nonprofit church formed in 2003 and dissolved in 2007.

Fitzgerald said Calvary Chapels are affiliated under a ministry that originated in Costa Mesa, California. Associated Press attempts to reach church officials Thursday have been unsuccessful.

Fitzgerald told the paper has talked to Bruce only occasionally since the church folded, and was shocked he was charged with the crime.

"It was completely out of character for the Tom Bruce that I knew, completely surprising," he told the paper. "If it wasn't for the amount of evidence against him I would think they've got the wrong guy."

The arrest of 53-year-old Bruce ended a two-day manhunt that followed the brazen Monday afternoon attack that frightened the region and led some schools, churches and businesses to close.

Bruce was charged with 17 criminal counts including first-degree murder, three counts of sodomy and three counts of kidnapping, CBS affiliate KMOV-TV reports. Other charges include first-degree burglary, tampering with evidence and armed criminal action. He is jailed without bond, and it wasn't clear if he had an attorney yet.

At a news conference announcing the arrest,  St. Louis County prosecutor Bob McCulloch called the crime "heartbreaking," a sentiment that was echoed by the county's police chief, Jon Belmar.

"It shocked the senses," a somber Belmar said.

Authorities allege that Bruce entered the store and said he was shopping, then left briefly before returning with a handgun. He forced the three women into the back room, told them to strip, exposed himself and ordered them to "perform deviant sexual acts on him," detectives wrote in the criminal complaint.

Two of the women complied but the third, 53-year-old Jamie Schmidt of nearby House Springs, refused, so he shot her in the head, they wrote. The attacker ordered the other women to continue performing the sexual acts on him, and he later fled, apparently able to blend in along the busy street in broad daylight.

McCulloch said there was no indication the store was targeted because of its religious affiliation.

"It seems to me a guy like this saw an opportunity — three women in the store alone," McCulloch said.

Bruce, who claimed to be a Navy veteran on his LinkedIn page, had no previous criminal record in Missouri beyond a traffic ticket in 2001. McCulloch said his office is checking with other states and investigating whether  Bruce might be linked to crimes elsewhere.

Authorities in  Indiana have noted "similarities" in the description of the suspect released immediately after the Catholic Supplies attack and the description of an unknown suspect wanted in the February 2017 slayings of Abigail "Abby" Williams, 13, and Liberty "Libby" Rose German, 14, in Delphi, Indiana, reports the St. Louis Post Dispatch.

"We're aware of the similarities and we've been in contact with authorities there in St. Louis County," said First Sgt. Jerry Holeman, who leads the investigation for the Indiana State Police, the paper reports. "But it is way too early to tell if this is the same" person, he said.

Belmar said tips from the public helped lead to Bruce's arrest, though he declined to elaborate.

McCulloch said the aggravating circumstances make the crime eligible for the death penalty, but he said that decision will be up to the man who replaces him in January. McCulloch, the county's prosecutor for nearly three decades, lost to Wesley Bell of Ferguson in the August Democratic primary. Bell ran unopposed in the November general election.