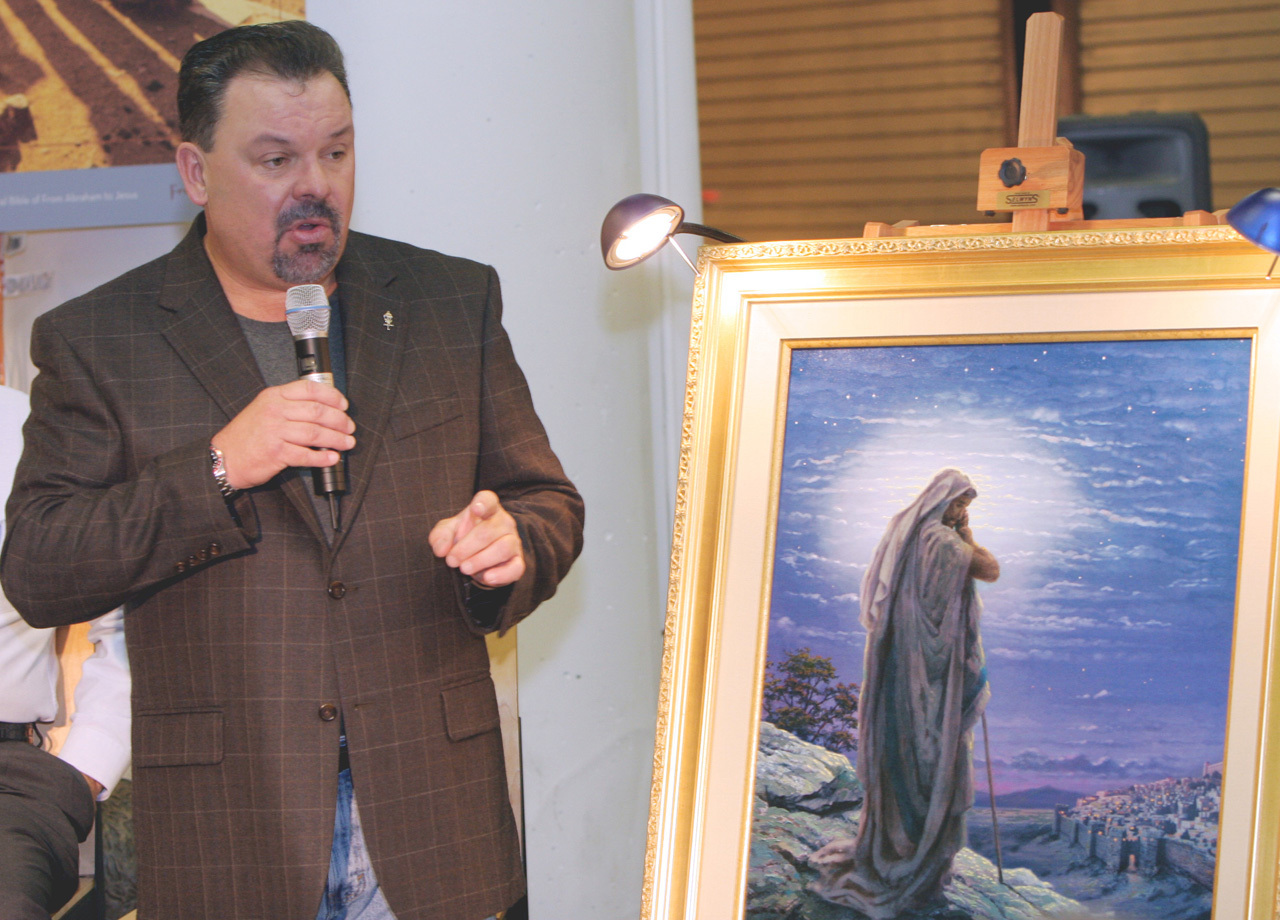 (CBS/AP) SAN JOSE, Calif. - The widow and girlfriend of Thomas Kinkade took their dispute over his estate to court on Tuesday as handwritten notes allegedly written by the late painter, which  could be central to the clash, were made public for the first time.

Amy Pinto-Walsh was living with Kinkade and found his body when the 54-year-old accidentally overdosed on alcohol and Valium in April. She asked a judge to allow arguments over the artist's contested will to be heard in open probate court.

Lawyers for Kinkade's wife of 30 years, Nanette Kinkade, and for his company` want the terms to be decided in secret binding arbitration. The couple had been legally separated for more than two years when Kinkade died.

Pinto-Walsh has submitted handwritten notes allegedly written by Kinkade bequeathing her his mansion in Monte Sereno and $10 million to establish a museum of his paintings there, the San Jose Mercury News reported.

The first, according to a transcription furnished by Pinto-Walsh's lawyers, reads: "I, Thomas Kinkade, being of sound mind and body do hereby bequeath to Amy Pinto Walsh $10,000,000 in cash from my corporate policy and I give her the house at 16324 and 16342 Ridgecrest Avenue for her security."

The second note states that along with the house, Pinto-Walsh should be given $10 million to establish the "Thomas Kinkade Museum" at the mansion "for the public display in perpetuity of original art."

"We're asking the court whether those instructions should be carried out," Pinto-Walsh's lawyer, Sonia Agee, said.

Pinto-Walsh also is asking for legal authority to oversee $66.3 million from Kinkade's estate, the Mercury-News reported.

A July 2 hearing is scheduled to determine the authenticity and legal weight of the notes.

Pinto-Walsh's lawyers filed court papers Monday stating that she and Kinkade had planned to marry in Fiji as soon as his divorce went through. According to the Mercury-News, she began dating the painter six months after he separated from his wife.

"Amy and Thomas were deeply in love," according to court documents from Pinto-Walsh's lawyers. "They both believed that fate brought them together to help each other through the difficult times they both encountered as well as to share their dreams of a life together," the papers said.

Nanette Kinkade has painted Pinto-Walsh in court papers as a gold-digger who is trying to cheat the artist's rightful heirs. After Kinkade's death, she obtained a restraining order prohibiting the other woman from talking publicly about the artist.

Kinkade's sentimental scenes of country gardens and pastoral landscapes led to a commercial empire of franchised galleries, reproduced artwork and spin-off products that was said to fetch some $100 million a year in sales.

In recent years, however, he had run into personal difficulties, including a 2010 bankruptcy filing by one of his companies and an arrest on suspicion of driving under the influence that same year..