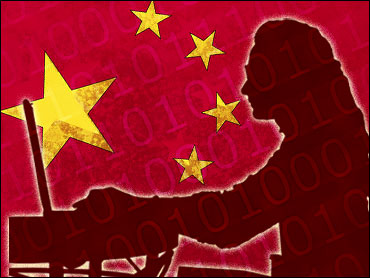 Foreign-owned hotels in China face the prospect of "severe retaliation" if they refuse to install government software that can spy on Internet use by hotel guests coming to watch the summer Olympic games, a U.S. lawmaker said Tuesday.

Sen. Sam Brownback, R-Kan., produced a translated version of a document from China's Public Security Bureau that requires hotels to use the monitoring equipment.

"These hotels are justifiably outraged by this order, which puts them in the awkward position of having to craft pop-up messages explaining to their customers that their Web history, communications, searches and key strokes are being spied on by the Chinese government," Brownback said at a news conference.

A spokesman for the Chinese embassy in Washington did not immediately respond to a request for comment.

Brownback said several international hotel chains confirmed receiving the order from China's Public Security Bureau. The hotels are in a bind, he said, because they don't want to comply with the order, but also don't want to jeopardize their investment of millions of dollars to expand their businesses in China. The hotel chains that forwarded the order to Brownback are declining to reveal their identities for fear of reprisal.

Earlier this year, the U.S. State Department issued a fact sheet warning travelers attending the Olympic games that "they have no reasonable expectation of privacy in public or private locations" in China.

"All hotel rooms and offices are considered to be subject to on-site or remote technical monitoring at all times," the agency states.

The Public Security Bureau order threatens that failure to comply could result in financial penalties, suspending access to the Internet or the loss of a license to operate a hotel in China.

"If you were a human rights advocate, if you're a journalist, you're in room 1251 of a hotel, anything that you use, sending out over the Internet is monitored in real time by the Chinese Public Security bureau," Brownback said. "That's not right. It's not in the Olympic spirit."

Brownback and other lawmakers have repeatedly denounced China's record of human rights abuses and asked President Bush not to attend the Olympic opening ceremonies in Beijing.

Brownback was introducing a resolution in the Senate on Tuesday that urges China to reverse its actions.