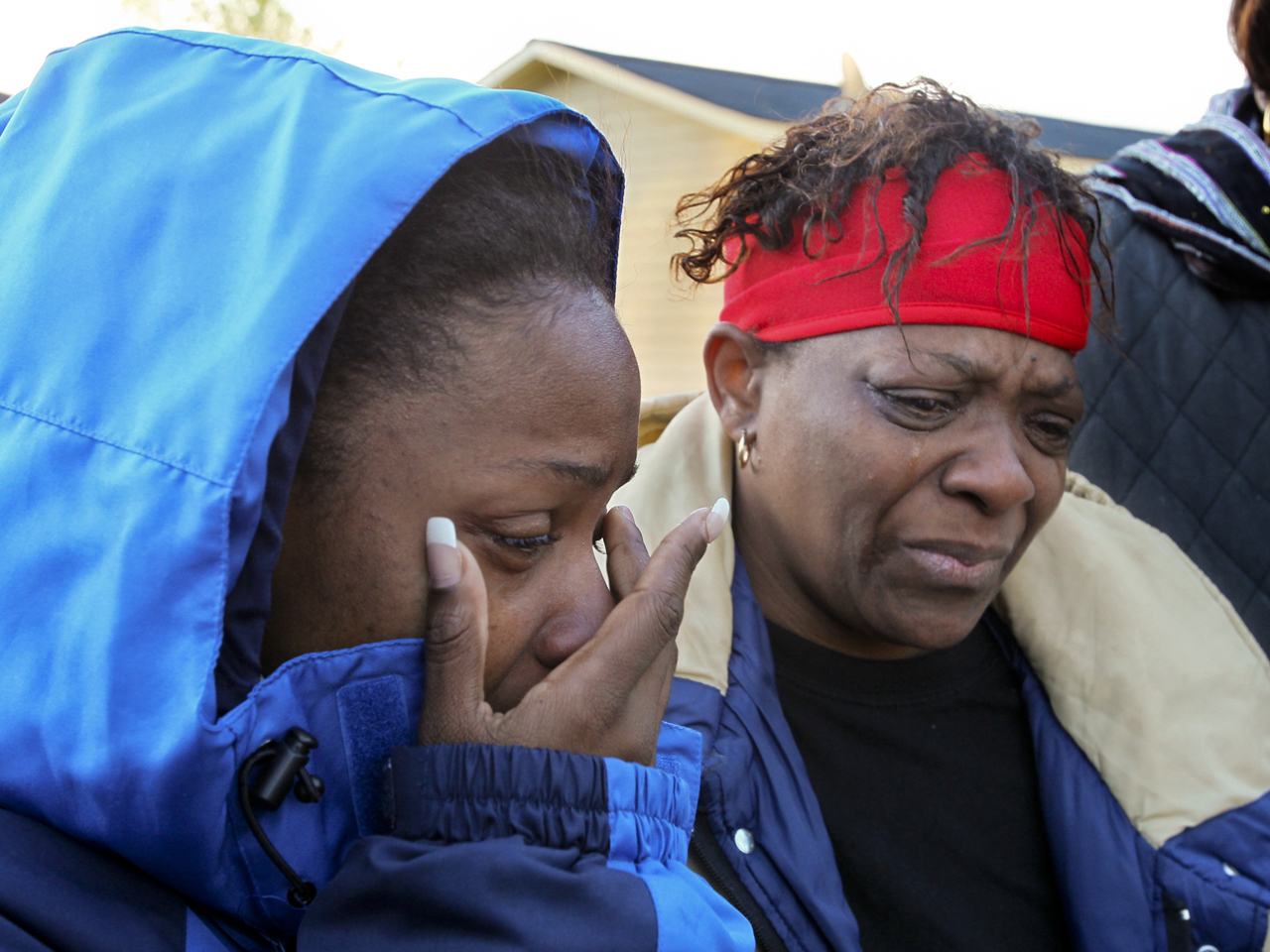 JACKSON, Ga. - An eighth death is being blamed on severe storms that swept through the South.

Emergency officials say an unidentified Irwin County, Ga., man was killed when a tree struck his home. There have been five other storm-related deaths in Georgia and one each in Mississippi and Tennessee.

The storms were part of a system that cut a wide swath from the Mississippi River across the Southeast to Georgia and the Carolinas on Monday and early Tuesday. Skies were clearing in many areas that were hit, but tornado watches remained in effect in eastern North and South Carolina as the storms appeared to head out to sea.

A father and his young son were killed when a tree fell onto a home in Butts County in central Georgia, Georgia Emergency Management Agency spokeswoman Lisa Janak said. The sheriff's office there said the 28-year-old man, Alix Bonhomme Jr., and the 4-year-old boy, Alix III, were killed early Tuesday when a tree limb crashed onto a bed where they were sleeping.

The child's mother, Marcie Moorer, and the couple's younger son, Isaac, 3, were able to escape.

Moorer's stepfather, Bennie Battle, said he was down the street from the couple's home as the storm tore through.

"It was just a lot of wind and lightning," he said. "It was like being in the middle of a laser show."

He heard a knock on the door at the height of the storm. It was a neighbor coming to tell him that a tree had crashed onto his stepdaughter's home.

Bonhomme "was holding his son in his arms when it happened," Battle said. "He was trying to protect his son."

Bonhomme worked two jobs to support the family, Battle said. The son "was as sweet as he could be. He was just so lovable," said Battle.

Jackson Mayor Charlie Brown said the storm's devastation was the worst the community had seen in 30 or 40 years.

"I would say weeks, a minimum of weeks for us to be able to clean up our community," Brown said.

Farther south, a 45-year-old man was found dead under debris after a mobile home in Dodge County was ripped from its foundation, according to a news release from the Dodge County Sheriff's Office. Janak said there had been a possible tornado in that county.

In northwest Atlanta, police said a man was killed when a tree fell on his car. In south Georgia's Colquitt County, officials said a county worker was driving his pickup truck to work early Tuesday when he struck a tree that had fallen on the road, killing him.

About 20 possible tornadoes were reported around the region, according to the National Weather Service.

In Memphis, fire officials said an 87-year-old man found dead in his home Monday was electrocuted by a downed power line.

In southern Mississippi, a 21-year-old man was killed when his car struck a tree that had fallen across a road, Copiah County coroner Ellis Stuart said.

The storms were moving across the Carolinas early Tuesday, knocking down trees and causing power outages. Power outages were also reported Tuesday in states farther north, including Maryland, Delaware, Virginia and West Virginia.

Christian County Emergency Management Director Randy Graham said about three dozen people who usually work in the area of the Toyoda Gosei Automotive Sealing Kentucky that was struck by the storm were at the other end of the building for their lunch break when it hit.

"We're fortunate not to have any serious injuries or death," he said. The county is seeking a disaster declaration based on the damage at the plant. He said about 120 to 130 people were there when a front wall partially collapsed and a side wall and roof torn out.

Strong winds ripped away part of the roof of an elementary school gymnasium in Ashland City, Tenn., but officials said no children were injured.

Most of the storm damage in eastern Tennessee was caused by high winds, according to the National Weather Service.

Winds gusting to about 50 mph blew down trees and power lines across north Alabama before heading to Georgia on Monday. The National Weather Service recorded wind gusts up to 49 mph at the Huntsville, Ala., airport.

In DeKalb County east of Atlanta, meteorologists said 1-inch hail and storms packed high winds of 30 to 50 mph in some places Monday. Hundreds of lightning strikes were reported.

The storms came on the heels of the 37th anniversary of the worst recorded outbreak of tornadoes in U.S. history, in which 148 twisters hit 13 states across the South and Midwest on April 3-4 in 1974.