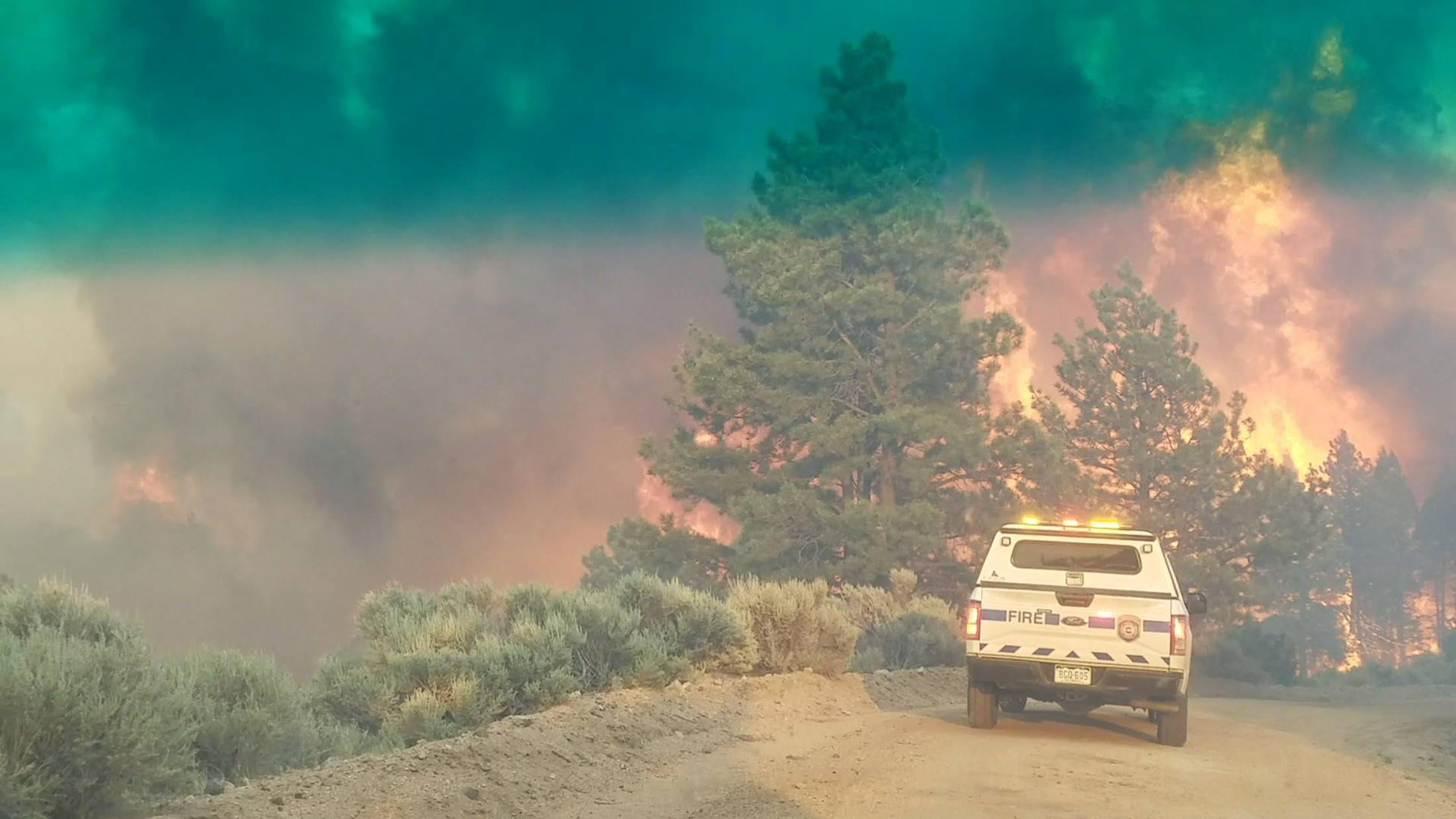 COSTILLA COUNTY, Colo. -- A wildfire in Colorado exploded from 4,000 acres Thursday to nearly 24,000 acres overnight in Costilla County. The Spring Fire was burning out of control on Friday, CBS Denver reports.

Some structures were burned by the wildfire but authorities haven't said whether they were homes, outbuildings or businesses.

The fire broke out five miles east of Fort Garland on Wednesday evening and has since entered Huerfano County. It was moving east toward Highway 160 and the community of La Veta.

On Thursday, officials said 80 to 100 firefighters were battling the blaze, along with fixed-wing aircraft dropping fire retardant and helicopters making water drops. At one point, fire crews were pulled out of the area due to the danger of advancing flames. Dry conditions, rough terrain and strong winds gave the fire the upper hand.

South Metro Fire Rescue crews arrived Friday to help fight the blaze. They're just one of the many departments across the state helping to try to contain the massive fire.

Another day of red flag conditions were forecast for Friday. Temperatures were expected to be in the mid to high 80s with a humidity of 6-10 percent.