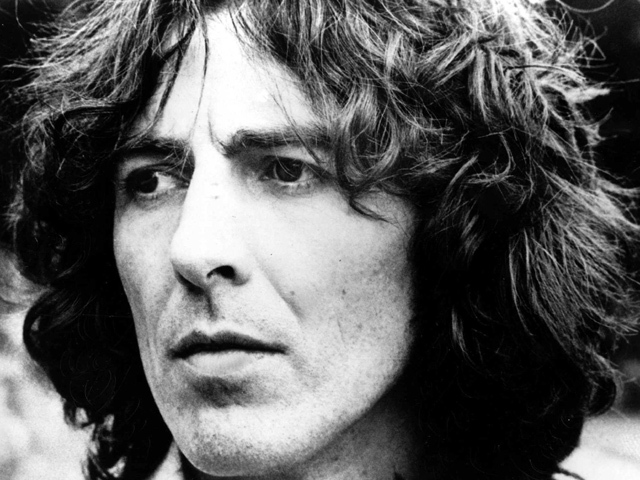 Beatle-mania hit the U.S. in the '60s and introduced us to the "Fab Four." George Harrison, the youngest - and often overlooked Beatle - was not only one of the best songwriters of his time, but also influenced a generation with his spirituality.

Pictures: The Beatles through the years

Thanks to the HBO documentary, "George Harrison: Living in the Material World," directed by Martin Scorsese, and a book by the same name - with never-before seen pictures and letters released by his wife Olivia Harrison almost a decade after his death - the quiet Beatle is now making a lot of noise.

Looking back at Harrison and his life, Ken Dashow, of Q104.3 "Breakfast With the Beatles," tells CBS News, "If you think of the Beatles as a person, you think of Paul as the face and the personality, John is the intellect. George was the soul of the Beatles."

Brian Hiatt, senior writer for Rolling Stone magazine, says it was very easy to underestimate George's talent and his contribution to the iconic band. "George Harrison referred to both himself and Ringo Starr as economy class Beatles," Hiatt says. "John and Paul were the leaders and they were following. It didn't help that he was younger, it didn't help that he was a very good to brilliant songwriter in a band where there were two genius songwriters."

Dashow says, "Even when the other two guys said, 'We don't really need George's song, we've got all the great songs. It was (the band's producer) George Martin who said, 'This song is actually good, you should put that on the album.' He carved out real-estate for George Harrison."

Hiatt says Harrison ended up writing some of the songs that really stand among the greatest Beatle classics, such as "Something," "Here Comes the Sun" and "While My Guitar Gently Weeps."

For years, Dashow notes, he wrote songs and when the Beatles finally ended, he wrote, "All Things Must Pass" and came out with a double album of all of the songs he wanted to write.

Dashow says, "I don't think he cared about material success at that point. It was going to be on his terms, with his musicians, his songs."

Tom Petty says of Harrison in those years, "He often said he wasn't pursuing a solo career at all, he never hired a manager, or had an agent. He just loved playing music with his friends."

Hiatt notes George Harrison realized that he wasn't getting the spiritual fulfillment he wanted in life just from being rich and famous and a Beatle.

"He got in the sitar, the sitar led him to do yoga, yoga led to meditation, meditation led to an entire, rich world of spirituality, and he never abandoned that quest for his entire life," Hiatt says.

In one interview in 1997, Harrison said, "I'd experienced so many things and met so many people, but I realized that there was actually nothing that was giving me a buzz anymore. I wanted something better."

Olivia Harrison says of her late husband, "There was a quote by the Indian poet Tagore that George read to me one day that said, 'Blessed is he whose fame does not outshine his truth.' And I think it's safe to say, that, despite his immense fame, his truth will never be out-shined or forgotten."

Musician Eric Clapton says of Harrison, "He was just a magical guy. He would show up with his guitar and come in and you'd start playing. He started to sing, would start to sing 'Here Comes the Sun.'"

Scorsese says of his film's subject, "(George Harrison) made you think about other cultures, other values, practical, but also spiritual."