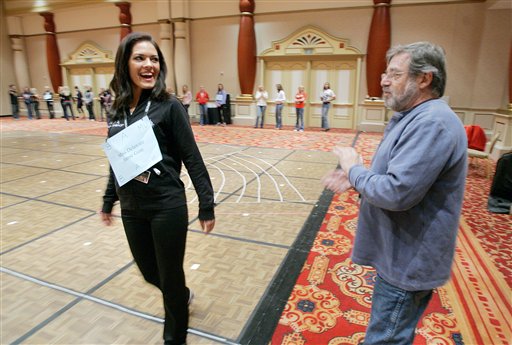 Turkey abandoned a key element of its International Monetary Fund-backed economic stabilization program on Thursday after a three-day financial crisis forced it to drop exchange rate controls, effectively allowing a devaluation of the lira.

The government and Central Bank hope the move — expected to further weaken the lira — will bring skyrocketing interest rates under control.

The government said in a statement after a 10-hour meeting that it remained committed to the anti-inflation program, but would allow the Turkish lira to float freely on the currency market.

Economy Minister Recep Onal told reporters as he left the meeting the country would do everything necessary to speed key privatizations of Turk Telekom and Turkish Air — which it is depending on for revenue to back its reform plans.

Analysts said the result of the currency decision would effectively lead to a devaluation of the lira, and push inflation back up from its current 14-year low. Inflation stands at some 30 percent.

The economic stabilization program, backed by $11 billion in loans from the IMF, has been under pressure since November, when foreign investors were scared off by allegations of corruption in the banking sector.

A new crisis was sparked Monday, when Prime Minister Bulent Ecevit stormed out of a meeting with President Ahmet Necdet Sezer. Ecevit was upset after the president criticized the government for failing to battle corruption.

The row terrified Turkish banks, many of them fragile from the country's financial crisis late last year, and drained over $7 billion from central bank reserves.

Political stability is seen as essential to the success of the program, and the clash between the country's two top leaders led to fears of a government collapse. Ecevit's three-party coalition government is Turkey's most stable in years.

"The Turkish problems are in fact more political than economic," said Faruk Selcuk, economic professor at Ankara's Bilkent University. "The government gave the impression it was not strongly behind the program. It raised question marks that got bigger every day."

Fears that the crisis in Turkey may affect other emerging markets, led Mexico's peso, Brazil's real and Peru's nuevo sol to close weaker against the dollar Wednesday.

Standards & Poor said Wednesday it was placing Turkey's credit ratings under observation, saying it was seriously worried about the situation.

Turkey's crawling peg of the lira is the cornerstone of its IMF-agreed anti-inflation plan. Any serious loss of the currency's value is expected to have serious consequences for financing foreign debt and the country's budget.