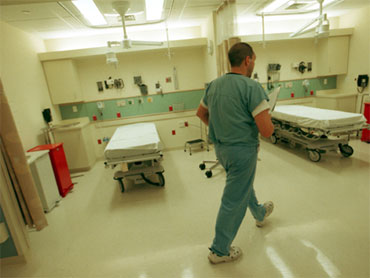 Spinal surgery is incredibly delicate and difficult, and therefore there are a number of safety procedures in place to prevent causing injuries during operations on the human nerve highway. Apparently, those safety procedures were not enough for one Boston hospital.

In all three cases, the surgeons apparently miscounted the patient's vertebrae and operated on a vertebra directly above or below the diseased segment, said Dr. Kenneth Sands, senior vice president of health care quality at the Boston hospital, according to the daily Boston Globe.

Two operations were conducted by the same surgeon, the Associated Press reports. The hospital did not release names, however, both are experienced and had followed standard procedures in the operating room, such as taking a "time out'' to verify the type and location of the surgery, Sands told the Globe.

The hospital has procedures in place to avoid errors, and those procedures have been improved.

Sands says none of the patients suffered harmful effects as a result of the mistaken surgery. But a lawyer for one says the woman has experienced problems, the AP reports.

Sands attributed the three recent cases to human error and said the hospital could not find a connection among them, the Globe reports.