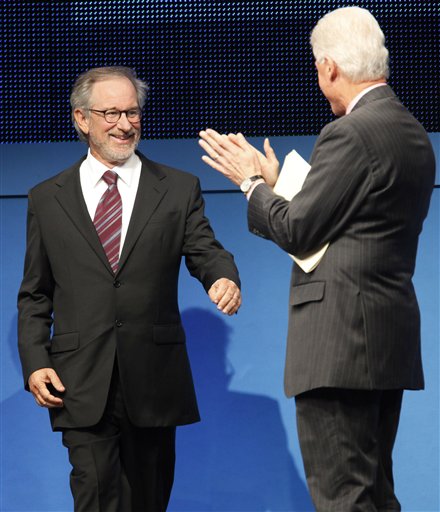 Filmmaker Steven Spielberg has been honored in Philadelphia with the 2009 Liberty Medal for his artistic and humanitarian achievements.

Former President Bill Clinton presented the medal to Spielberg at the National Constitution Center on Thursday evening. The ceremony began with clips from Spielberg's films being shown on a large outdoor screen.

The medal was established in 1988 to honor those whose actions represent the founding principles of the United States.

Spielberg's films include "Schindler's List," "Saving Private Ryan" and "The Color Purple." He also established a foundation to produce video and oral histories of Holocaust survivors.