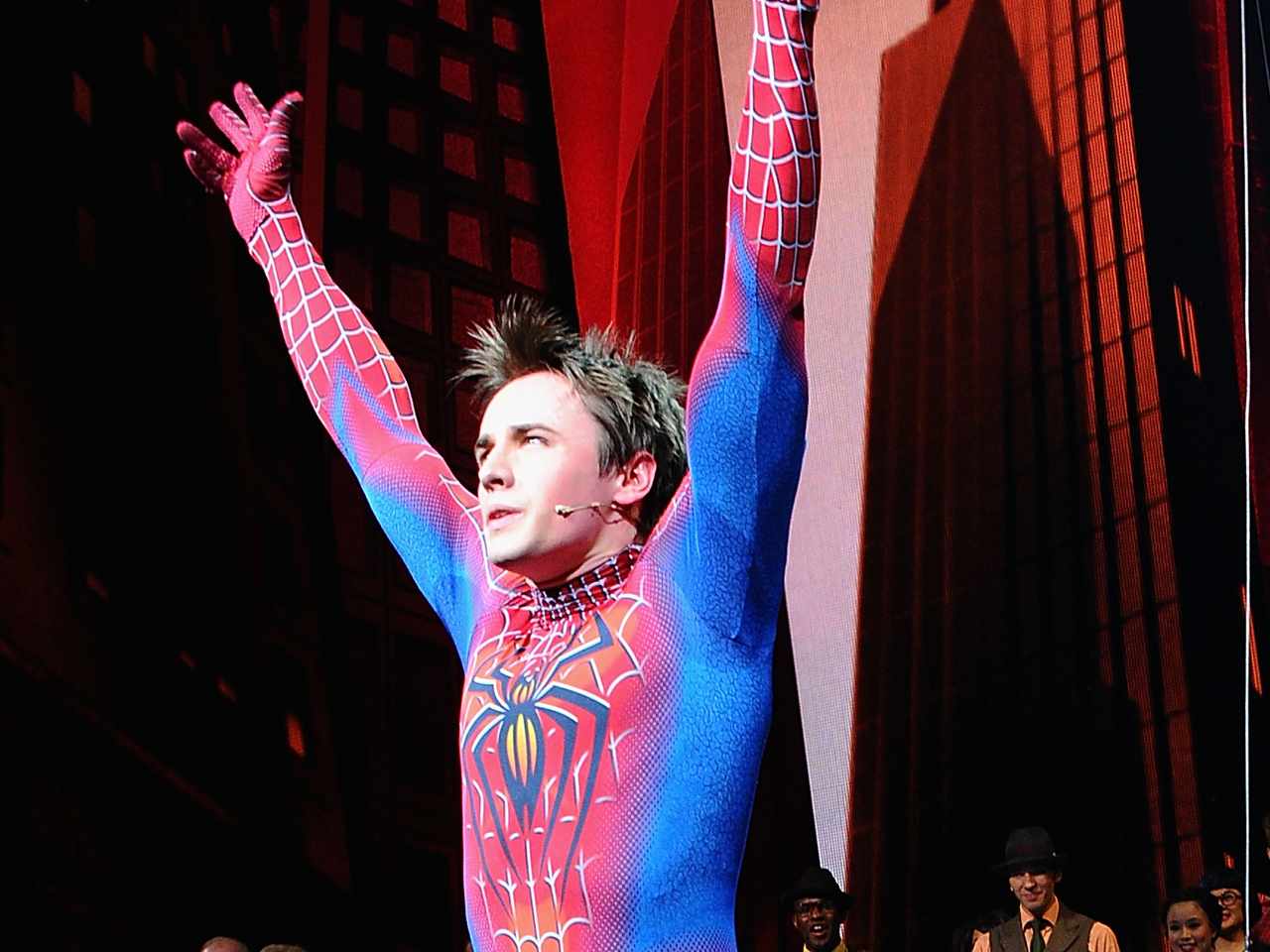 (CBS) Between multiple delays and cast injuries, Broadway's "Spider-Man: Turn Off the Dark" certainly got off to a rough start.

But two years later, the musical has become a cash machine.

The show set a box-office record for the Foxwood Theatre in New York, grossing $2.07 million over the Thanksgiving holiday week, reports the Associated Press. The news comes two years after the musical's troubled previews got under way. Since its official opening in the spring "Spider-Man" has consistently attracted a full house, with more than 600,000 people checking out the show since June.

But the elaborate, production-heavy musical costs a lot of money to stage -- about $75 million, to be exact. Most Broadway musicals cost between $5 million and $15 million.

Producers are already thinking of ways to continue recouping the money spent on putting up the show. They're hoping to attract repeat visitors by adding additional scenes and incorporating a new song each year.

There's also talk of "Spider-Man" expanding to other cities. "The one thing about the brand of 'Spider-Man,' it's not going to expire," producer Jeremiah Harris told the New York Times. "If we show up in London five years from now, no one's going to say it's an old property."

Director Julie Taymor spent many years working on "Spider-Man," which features songs written by singer Bono and guitarist The Edge of U2. She eventually parted ways with the production and is now suing the show's producers, alleging copyright infringement and breach of contract.