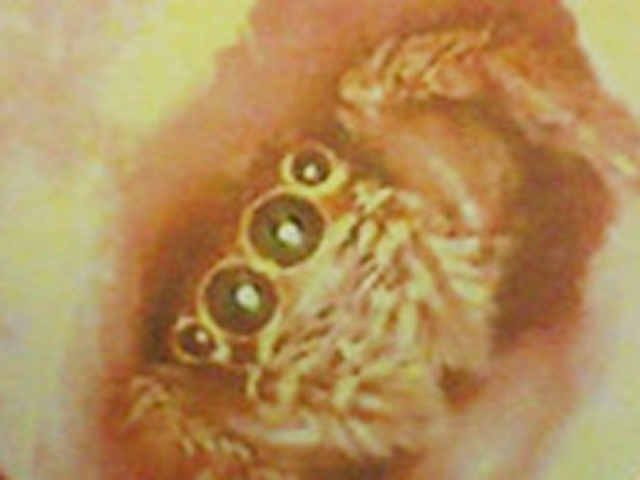 (CBS News) A woman reportedly checked into a Chinese hospital because of an itchy ear that had bothered her for almost a week, only to find out a spider had taken up residence in her ear canal.

The woman, "Mrs. Lee," went to the Changsha Central Hospital of Otolaryngology and Head and Neck Surgery for the procedure, according to Chinese media site Rednet.cn.

LiveScience reports that the spider likely crawled into the woman's ear five days before her August 8 hospital visit.

A scope of the ear revealed hairy spider with four eyes posing for the camera (pictured above). The Huffington Post reports that the spider may have found its new home while Mrs. Lee slept in her home during renovations.

According to LiveScience, the woman's doctors were concerned if they were to simply go in and try to remove the spider, it would "instinctively drill its barbs deeper, scratching the ear canal." Doctors eventually got it out by pouring saline solution into the ear canal and flushing out the unwelcomed guest.

According to the National Institutes of Health, people who think they have an insect in their ear should not reach in, since it may cause the insect to sting or bite. It recommends turning the person's head with the affected side up to see if the insect crawls out. If that doesn't work, have someone pour mineral, olive or baby oil into the ear while gently pulling the earlobe backward and upward (downward for a child); that should suffocate the insect which hopefully will float out with the oil.

Even if the insect comes out, the NIH says people should seek medical attention because small insect parts can irritate the skin of the ear canal.