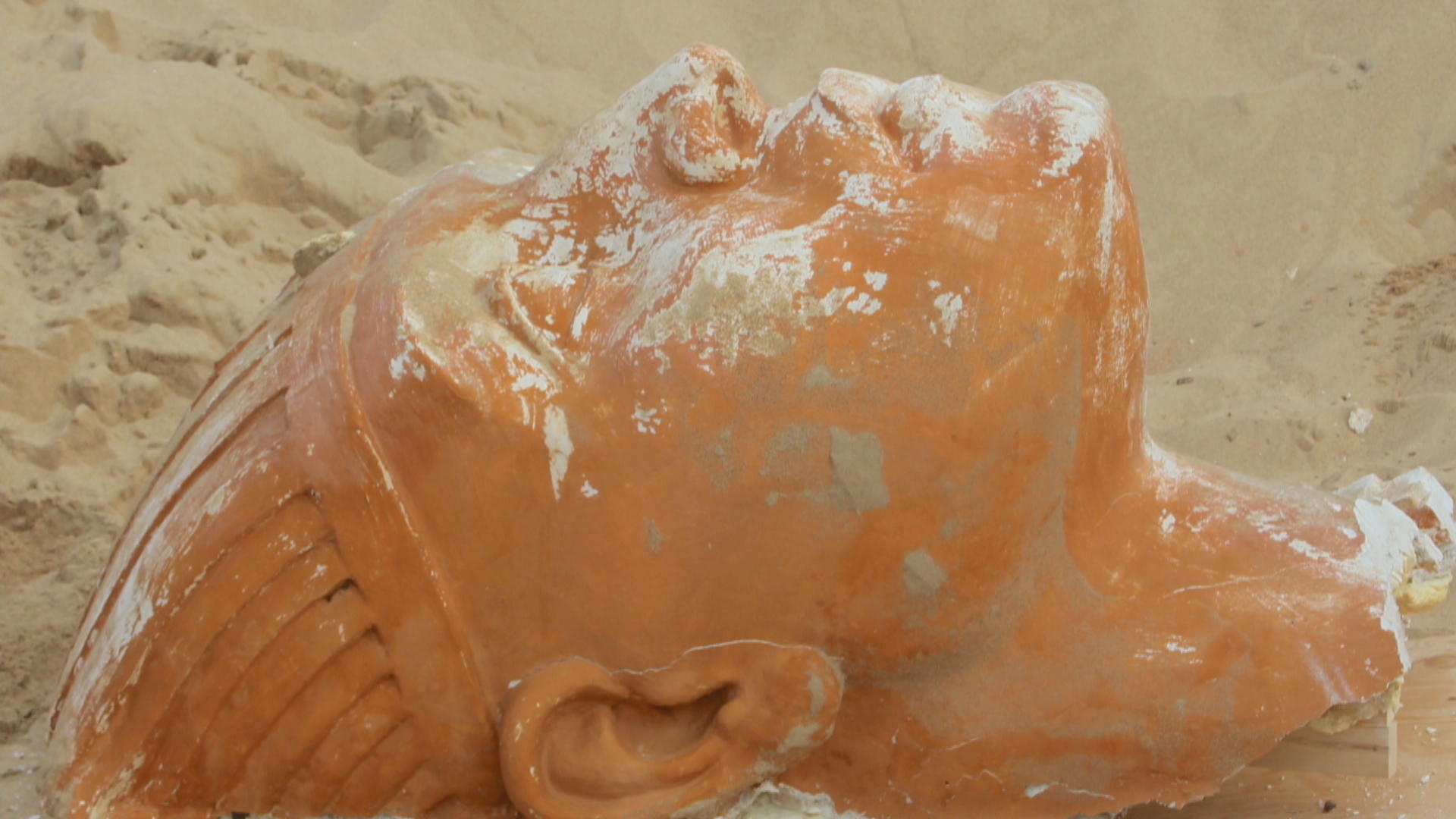 In 1956, Charlton Heston made Hollywood history by playing Moses in Cecil B. DeMille's "The Ten Commandments." DeMille's first take on the biblical tale happened 33 years earlier when he released a silent version of the story of the Hebrew exodus from Egypt.

Both films were ambitious in their scope, but while the 1956 version was groundbreaking in its use of special effects, the silent film required thousands of actors, crew, and animals along with an immense construction project.

DeMille commissioned designer Paul Iribe, known as the father of art deco, to build a lavish set 12 stories high and 800 feet wide in the Guadalupe-Nipomo Sand Dunes on the California coast.

After filming wrapped the set was too expensive to move and too valuable to leave for a rival filmmaker to use, so DeMille ordered it be buried.

"There was no such thing as over the top for Cecil B. DeMille," said author Scott Eyman, who wrote the DeMille biography, "Empire of Dreams."

This week, archaeologists unearthed part of one of the 21 sphinxes DeMille left behind. They discovered a 300-pound head, still intact after nearly a century in the sand.

"Given that these objects have lasted 94 years, even though they were only built to last for two months during filming it really speaks to the craftsmanship and the level of skill that the artisans could build," said Doug Jenzen, executive director of the Guadalupe-Nipomo Dunes Center.

Recovery of these Hollywood artifacts is a delicate process. Unlike the Great Sphinx of Giza, which was carved by the ancient Egyptians out of bedrock, the ones built by Iribe are made from Plaster of Paris.

Despite their fragility, the statues recovered this week have a surprising characteristic for being set pieces in a black and white film: they were painted.

"They would have used different pigments on the movie set in order to create shadows and light and depth and prevent this very solid look of one color, either black or white. So in the movie these are gray," Jenzen said.

Dr. J: "No justification" for hitting ex-wife
Thanks for reading CBS NEWS.
Create your free account or log in
for more features.
View CBS News In
CBS News App Open
Chrome Safari Continue
Be the first to know
Get browser notifications for breaking news, live events, and exclusive reporting.