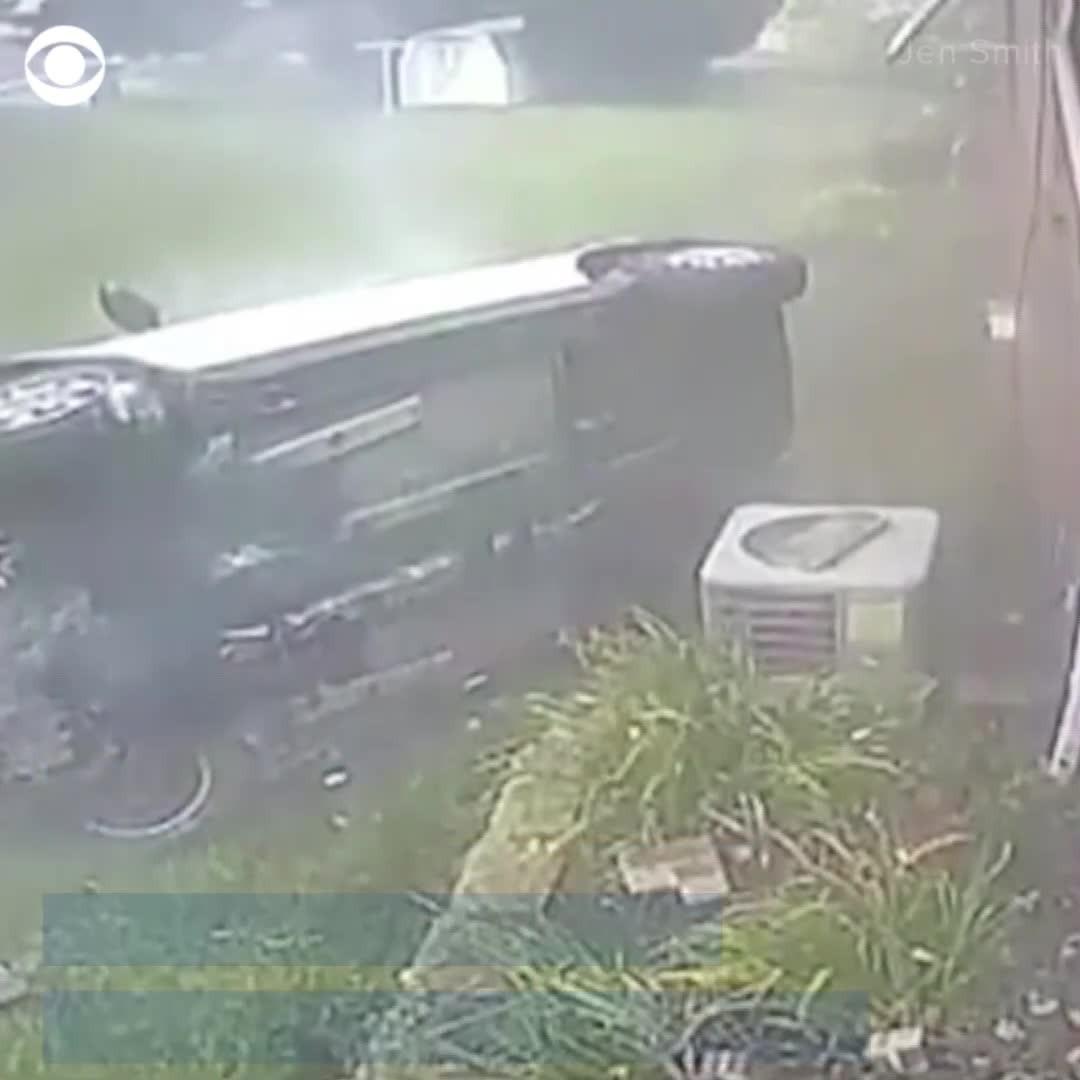 A Pennsylvania man has been charged with DUI after his speeding car flew into a brick house, police said. The July 4 crash near Manchester Township was caught on a security camera. The video shows a Mini Cooper crashing into the home around 11 a.m., smashing through a wall and flipping over before the driver climbs out.

Two people were inside the home, but neither was injured.

The homeowner, defense attorney Jennifer Smith, estimated that the crash caused at least $20,000 in damage. She told the York Daily Record that when she came out of her house and saw the driver, he told her, "There aren't enough apologies in the world."

"You're damn right there aren't," she recalled replying.

Police said the driver, 28-year-old Kameron Smith (no relation to the homeowner), was going more than 80 mph in a 55 mph speed zone on an interstate. He cruised past other cars with officers in pursuit and lost control after blowing through a red light, police said.

He told officials he wasn't trying to escape the cops and that his shoe became "stuck on the accelerator," officials said.

He faces multiple charges including DUI and attempting to elude police. Police said he was driving with a suspended license and an expired registration, and that he didn't have insurance.

Smith posted $2,500 bail and is due in court July 18 for a preliminary hearing. The homeowner said she hopes Smith will have to pay restitution for the damage.