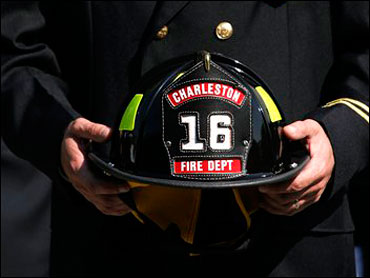 A senior U.S. military commander tells CBS News that reports widely circulated Friday that U.S. special operations forces are inside Afghanistan to hunt down Osama Bin Laden are "crap through and through."

CBS News National Security Correspondent David Martin reports commando units are starting to move into positions just outside Afghanistan from which they could launch assaults on bin Laden's camps if the ruling Taliban regime doesn't turn him over.

And the CIA is already operating in parts of Afghanistan controlled by guerrillas fighting the Taliban.

The Taliban has told bin Laden his holy war against America is hurting the cause of Muslims worldwide, but U.S. officials still see no indication he'll be handed over.

A delegation of Pakistani religious leaders and government officials pressed the Taliban — with no sign of success — to turn over bin Laden, suspected as the mastermind behind the attacks on Washington and New York.

In an Oval Office meeting with King Abdullah II of Jordan, the president said he and his military planners have taken note of lessons learned by Russia in its long, brutal struggle against Afghan rebels in the 1980s.

"It is very hard to fight a...guerrilla war with conventional forces," Mr. Bush said. "There may or may not be a conventional component to" U.S. military action against terrorists believed to be hiding in Afghanistan, he said.

That's why, reports CBS News White House Correspondent Mark Knoller, Mr. Bush says the new war of terrorism is going to be what he calls "a different war," to be fought a variety of fronts — some having nothing to do with troops and guns or anything that we might be able to see on TV.

Mr. Bush refused to discuss details of his military plans, but said: "Make no mistake about it — we're in hot pursuit" of terrorists.

The Taliban so far have refused the U.S. demand to surrender bin Laden, and Pakistan, the only country with diplomatic ties to Afghanistan, has repeatedly tried to persuade them to cooperate. Pakistani religious leaders attempted to persuade Afghanistan's government to hold indirect or direct talks with the United States.

When asked if there were no room left for diplomacy, White House spokesman Ari Fleischer replied: "That's correct."

"There is no negotiation with the Taliban," Mr. Bush told reporters before talks with Abdullah. "They heard what I said, now they can act.

If not, the U.S. may do the job for the Taliban.

After bin Laden operatives blew up two U.S. embassies in Africa, the Pentagon drew up a plan for sending commando teams into his camps but it was rejected as too risky. Instead, the U.S. fired cruise missiles -- which dug up dirt and knocked down huts but did no lasting damage. This time the U.S. is preparing to take that risk.

"The concern about special operations going into those tunnels, of course, is that it's quite probable that they've been booby trapped, quite possible that mines have been laid in the area," analyst John Pike of GlobalSecurity.org told CBS News.

"The terrain is enormously jagged," Pike said in describing one of bin Laden's possible hideouts. "There aren't that many roads and so American forces are almost certainly going to be going in by helicopter, by air, rather than on foot with vehicles.

"Finding these targets isn't going to be that difficult," he added. "Watching out for booby traps, watching out for ambushes, those would be the big concerns."