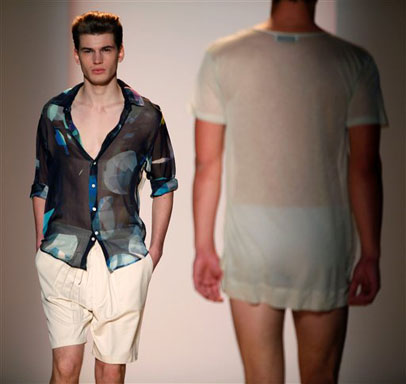 Judy gets asked often enough: Are you their grandmother?

The answer is: No. She's 55 years old and the proud mother of two-year-old twins.

Her last hurrah was a complex medical procedure involving donor embryos left over from another family's successful in-vitro fertilization.

"I went on the Internet and was able to find several parties who were interested in having other families have their leftover embryos turned into children," she says.

Dr. Arthur Wisot implanted four of the donor embryos in Judy. She became pregnant with twins.

"The thought of what happened to Judy would not even have been a thought 10 or 15 years ago. It's remarkable that we've come to the point that we have couples with enough embryos left over that they can donate them to other couples. Then to have the technology to take someone who is no longer producing her own eggs and be able to have her become pregnant and carry a baby and have a healthy baby is a remarkable feat," says Wisot.

Judy is part of a growing trend. Post-menopausal women are having babies using donor eggs. A new study by the Journal Of The American Medical Association found there's no medical reason to prevent women in their 50s from doing just what Judy did.

The study followed 77 pregnant women in their 50s and found:

Doctors say the study may force them to rethink their age policy.

"Our policy started out years ago, when we first started doing egg donation of a woman of 45. Then it went up to 50. Then it inched up to 52. Now we're going to have to consider moving it up to 55. But the real question is, what is the limit? And that's not really a medical question; it's a question for society," says Wisot.

"Just as older men have always become fathers and there's no stigma to that, I don't think women need to be stigmatized in any way for that. It's a wonderful thing to do. It's a gift of love," says Judy.

And while Judy says she has no trouble keeping up with her twins, there are issues unique to older moms.

"They are worried about not being around to see their children grow up.. etc., etc. etc.," says therapist Carole Leiber Wilkins.

Many older moms feel the kids make them young again. And Judy plans to be around for her kids' kids.

Still, Dr. Wisot offers a word of caution. "It means we can do it. It doesn't necessarily mean we should do it. You know the old commercial- it's not nice to fool Mother Nature? We do it, but you don't want to do it too much," he says.