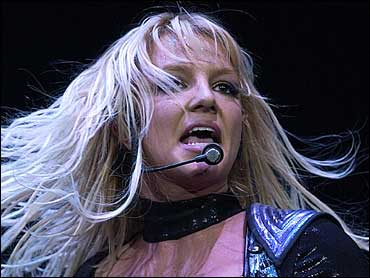 Britney Spears has posted on her Web site an open letter that she says she hopes will change the way some people see her.

Spears, 25, writes that she is numb to stories about her that appear in the tabloids and chalks it all up to the human desire to learn about the "bad" even if it isn't the truth. Rehab, she said, was a "humbling place" and she had "truly hit rock bottom." But it wasn't alcoholism or depression that sent her over the edge, she wrote.

"I was like a bad kid running around with ADD. I had a manager from a long time ago come in and try to direct me and my life after I got my divorce (from Kevin Federline)," she said. "I was so overwhelmed I think that I was in a little shock too. I didn't know who to go to. I realized how much energy and love I had put into my past relationship when it was gone because I genuinely did not know what to do with myself, and it made me so sad. I confess, I was so lost."

Spears fired her manager Larry Rudolph in April and made a video tape sarcastically thanking her management for sending her to the Promises rehab center in Malibu. But Spears writes that the letter is not to "place blame on anyone," but to let the world know that she feels she was used.

"Being in that vulnerable state and taken to dinners and parties with friends and finding out later you paid for everything was a huge learning lesson for me," she wrote. "I think the whole problem was letting too many people into my life. You never know another persons intentions or what another person wants. I feel I was too open and looking for answers when I had it all to begin with. I have had to cut so many people out of my life. It is so sad, because if anyone is a family person...it is me."

Spears has also had some public falling outs with her parents, Jamie and Lynn Spears, because she reportedly blames them for her time in rehab as well. But Spears wrote about feeling "at peace" with her family as a child and hopes her two young sons, Jayden James and Sean Preston, will have that feeling as well.

"I am having to face a lot of things right now since I have children of my own," she wrote. "A lot of insecurities from when I was little are coming up again. It is like we are never good enough."

In the end, despite the paparazzi and the incessant news coverage of her love life and career, Spears wrote that she is "truly blessed to have this life."

"I just hope this letter made some of you think a little bit more of me and where I am coming from," she wrote. "I just want the same things in life that you want...and that is to be happy."