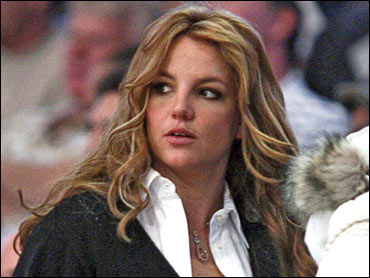 A paparazzo who sought to press charges against Britney Spears after her car allegedly ran over his foot was himself to blame for any injury it may have caused, prosecutors said in refusing to pursue the case.

After reviewing police records and a videotape of the incident last year, Deputy District Attorney Joseph D. Shidler wrote Friday that the "only way the victim's foot could have been where the video indicates it to be was by the victim placing it in that location."

The photographer, who was not identified in the report, filed a criminal complaint against Spears in early May, nearly six months after the alleged incident. A copy of the police complaint was not immediately available Monday, but it sought a felony charge of failing to stop after an accident involving an injury.

Los Angeles County District Attorney Steve Cooley's office reviewed a videotape and photos of the incident, which don't show the photographer being hit. The report also describes a chaotic scene surrounding Spears, with photographers on all sides of her car and "a lot of noise and confusion."

The report describes Spears' as "driving at an extremely slow rate of speed and in a straight path."

The 26-year-old pop star has had her share of trouble behind the wheel, including a highly publicized incident in 2006 where she was photographed driving with her son on her lap.

A misdemeanor hit-and-run charge stemming from a 2007 parking lot crash was dismissed after she settled with the car's owner. In October, she pleaded not guilty to a misdemeanor charge of driving without a valid license, and earlier this year was involved in a minor fender-bender on a Los Angeles freeway.

Also Monday, documents were released detailing a request from Spears' father for payments relating to his conservatorship arrangement.

The document filed on behalf of James Spears seeks an undisclosed amount of money for helping his daughter shop for groceries, handle custody issues with her husband, Kevin Federline, and visiting her in the hospital in February and March. The filing also states that he held meetings to shore up security at Spears' homes and occasionally cooked meals.

James Spears has temporary control of his daughter's finances. A hearing about that conservatorship is scheduled for Tuesday morning in Los Angeles.