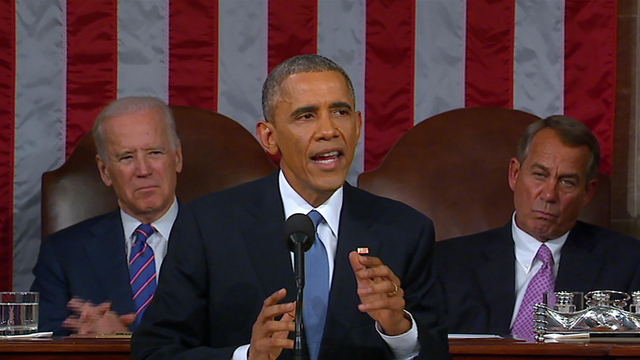 Speaker Paul Ryan, R-Wisconsin, has invited President Obama to deliver his final State of the Union address to Congress on Jan. 12.

In a letter Monday, Ryan asked Mr. Obama to deliver his last address of this kind as president on the second Tuesday in January at 9 p.m.

"As we look ahead to the new year, we have both an opportunity and an obligation to find common ground to advance the nation's interests at home and abroad," Ryan wrote in the letter. "We also owe it to the American people to present solutions that address the challenges they face."

Mr. Obama, who's in Paris for a global climate conference, has to accept the invitation to make it official. Last year, the president delivered the address slightly later in the month on Jan. 20.

The invitation comes as Congress faces the Dec. 11 deadline to pass a government-wide spending package, other looming deadlines and as Republicans in Congress try and block President Obama's plan to accept at least 10,000 Syrian refugees into the U.S. over the next year.