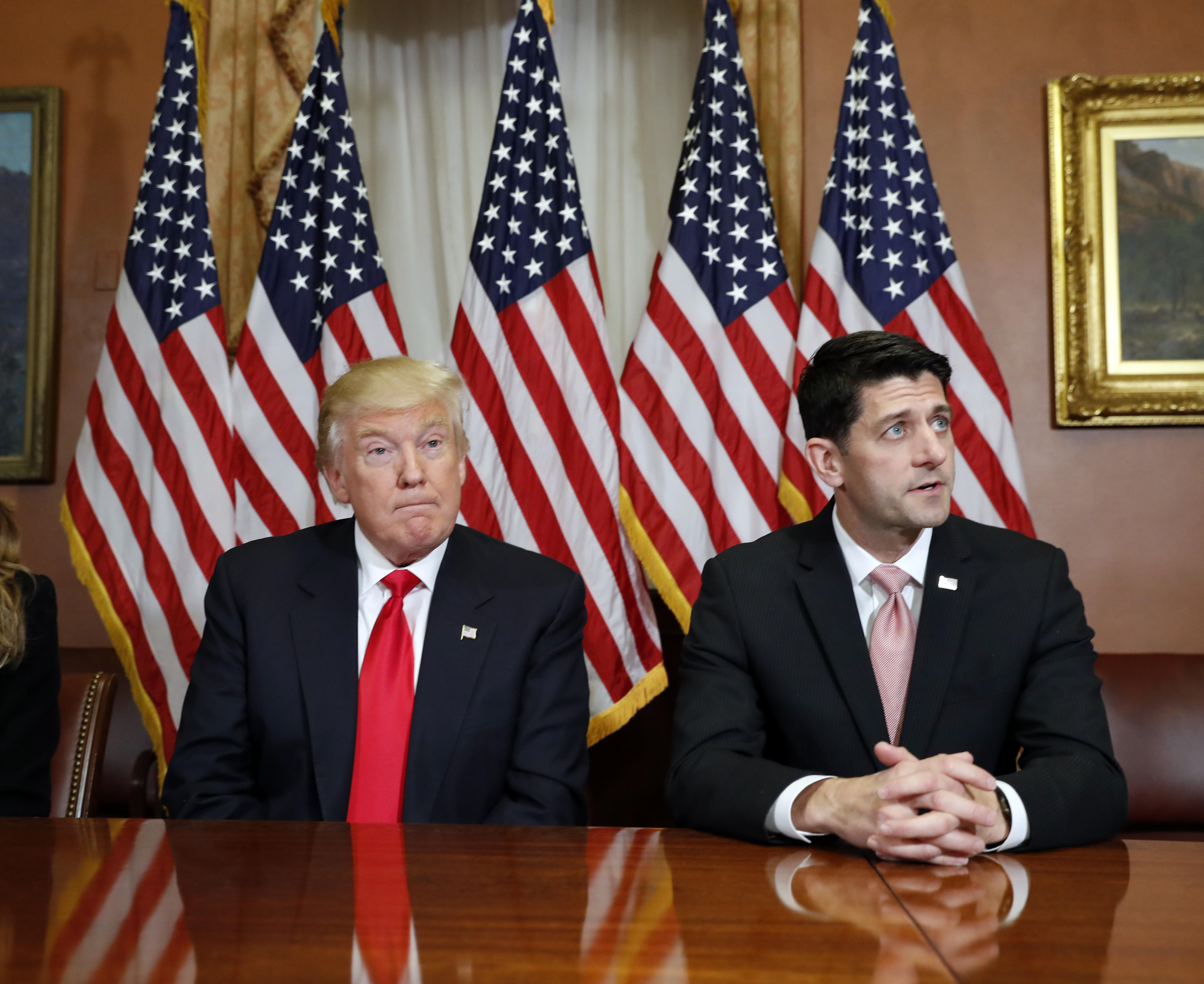 WASHINGTON, D.C. -- One of the president-elect’s stops Thursday was at the other end of Pennsylvania Avenue from the White House, to meet the Republican leadership, Senate majority leader Mitch McConnell and House Speaker Paul Ryan.

“Let me just say how excited we are about these opportunities for the country,” Ryan said Thursday.

A pragmatic House Speaker tabled months of animosity Thursday, giving Donald Trump a tour of where he’ll be inaugurated.

Ryan even employed Trump’s campaign motto: “We’re now talking about how we’re going to hit the ground running, to make sure we can get this country turned around and make America great again.”

Trump said he would be doing “spectacular things” with Ryan and Senate leader Mitch McConnell.

During the race, both Ryan and McConnell routinely condemned their nominee.

“I regret those comments that he made,” Ryan previously said.

Their new detente is a fragile one.

Trump wants to build a border wall. Ryan doesn’t, and deflected a question about it Thursday.

“We’re not going to do a press conference here,” he said.

But they do agree on dismantling Obamacare right away.

“Congressional Republicans and the Trump administration will pursue some kind of transition period. Is it one year? Is it two years? That remains to be seen. But immediately people are not going to lose their insurance,” Condeluci said.

Democrats picked up a few seats in the House and Senate, but still won’t wield much power in the new Washington.

Senator Elizabeth Warren told a union group she is gearing up for a new reality.

“We will stand up to bigotry. No compromises ever on this one,” she said. “Whether Donald Trump sits in a glass tower or sits in the White House, we will not give an inch on this. Not now. Not ever.”

Her colleague Bernie Sanders argued Democrats need to do some self-reflection as well. He tweeted this evening that the party needs to be more focused on grassroots America than, as he put it, wealthy people attending cocktail parties.