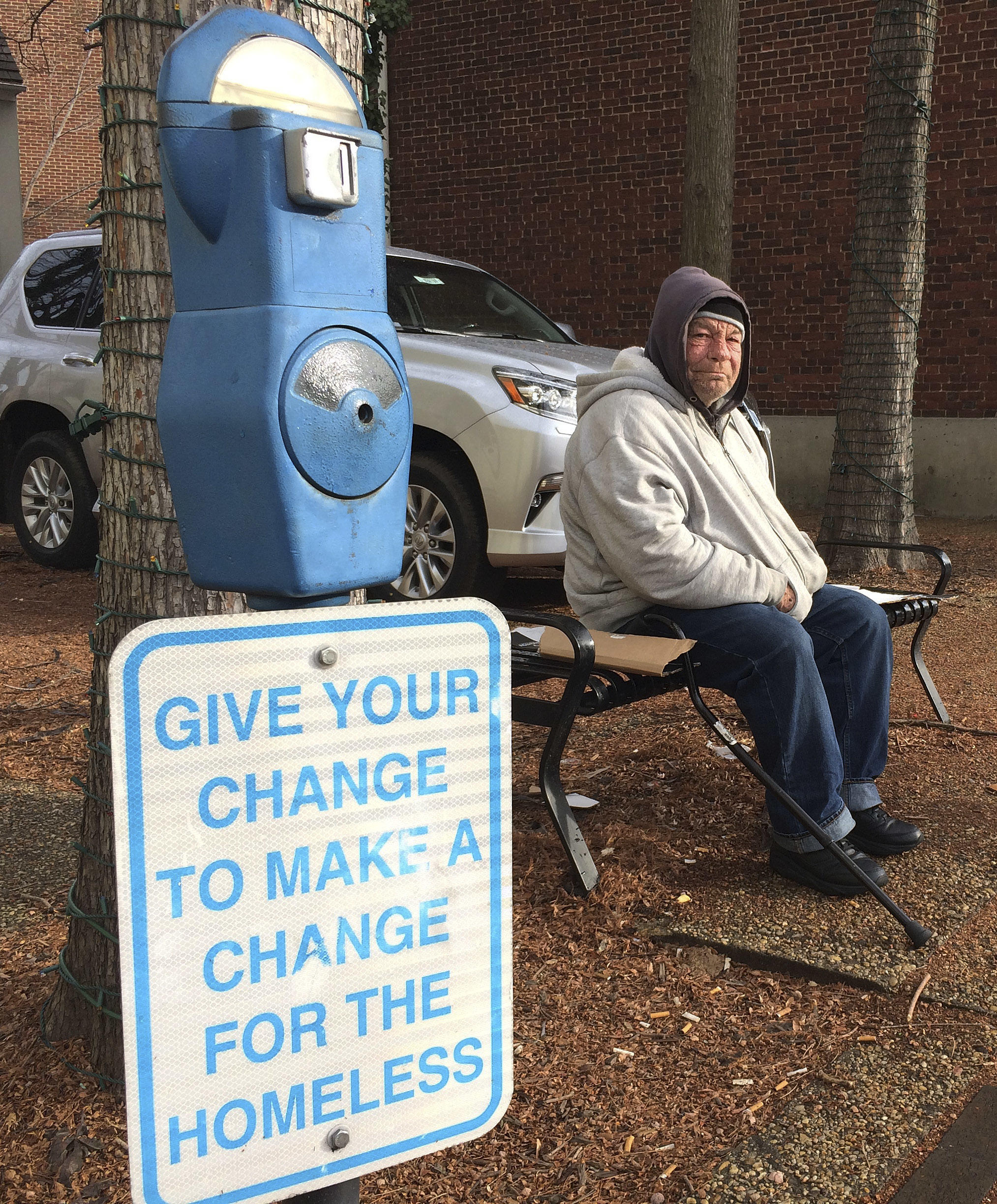 NEW HAVEN, Conn. -- In cities across the country, parking-style meters collect loose change from donors in an attempt to cut down on panhandling - a strategy critics argue is wrongheaded and in vain.

New Haven is among the latest to install the meters, which sit curbside and collect donations in the form of cash or credit cards for programs that benefit the homeless. The city has four brightly colored meters in areas where panhandling has been a problem and plans to install six more to support local, nonprofit organizations that help the homeless.

The first meters went up in 2007 in Denver, and other cities have followed suit. They were recently installed in Pasadena, California; Indianapolis; and Corpus Christi, Texas.

“We get at least one call a month from cities who are looking to replicate the program,” said Julie Smith, a spokeswoman for Denver’s Road Home, which runs the meter program in that city.

But some advocates for the homeless say the meters do little to stop the needy from requesting handouts and question whether it’s worth the cost to install and maintain them.

Panhandling is not illegal, and people who need money will still ask for it, meters or no, said Mark Horvath, a national advocate for the homeless and founder of the advocacy group Invisible People. The meters, he said, reinforce the stereotype that all panhandlers are bums who want money for drugs or booze.

“It’s a false stereotype. A huge percentage of people who are panhandling are in housing, but they can’t afford to make ends meet,” he said. “There are so many better solutions than putting up meters, like the permanent support of affordable housing and a living wage.”

Smith and others acknowledge they have no data or studies to show the meters have reduced panhandling, but say they are still worth installing as part of larger efforts to stem homelessness.

Joe Drury, 57, begged for change on a late December morning in Annapolis, Maryland, which has several downtown meters raising money to help defray transportation costs for people residing at a shelter.

“These meters just sit here all day, but nobody gives me nothing,” Drury said. “I can sometimes go a whole day without eating.”

In Dade County, Florida, a food and beverage tax provides about $24 million a year as part of a $61 million budget for programs to help the homeless. Meters, by comparison, bring in about $50,000 a year, said Ron Book, the chairman of the Miami-Dade County Homeless Trust.

The program began a decade ago, and there are now more than 700 meters, many paid for by local businesses and supplemented by larger donation boxes inside many buildings.

All of them, he said, help reinforce the message that there is a better way to address the problem of homelessness than throwing money into a panhandler’s cup.

“Half the people, in my opinion, who panhandle in Miami and Dade County are not homeless; they have a place to go at night,” Book said. Some of the homeless, he said, “I assure you, are not using that spare change to buy services, beds or food.”

Thomas Chatmon Jr., executive director of Orlando’s downtown redevelopment board and community redevelopment agency, said officials anticipated the program would not result in a financial windfall. There was very little cost to install the meters, which were donated and are emptied by the city’s parking services on normal rounds, he said.

“It’s just a very small part of a comprehensive and robust approach to ending homelessness,” he said. “It’s offering people an option for giving who may not be comfortable dealing physically with people who they don’t know.”

Denver has supplemented the meters with collection boxes near security checkpoints at the airport and recently began a program that allows people to text donations. Those programs combined bring in more than $100,000 annually.

Cities can increase the money raised by the meters by making them visible and recognizable, Book said. In Miami, an artist volunteered to design its colorful meters to make them visible.

“And I can tell you that panhandlers don’t like my meters because it gives people an alternative to dumping money into their buckets, cups and hats,” he said.